Spaniard Aleix Espargaro garnished his 200th start in the motorcycle premier class with his first GP victory. It was also the first victory in MotoGP for Aprilia. Congratulations!

After the race weekend started quite turbulent, as the Friday practice had to be cancelled due to partly missing material (there were problems with two planes), Aleix Espargaro could convince with a strong Saturday. In the practice sessions he was not only extremely strong, he was also able to take his first pole position. So the race on Sunday he should start from the front.

Unfortunately, the start of the race did not go well and he had to chase Jorge Martin. He stayed in second place for almost the entire race. Over several laps he tried to push past Martin, until he finally succeeded 5 laps before the end of the race. However, Martin did not allow himself to be left behind and it was only shortly before the end of the race that Espargaro was able to gain a small lead, which he was finally able to save for the finish.

The race in Termas de Rio Hondo was the 200th race for Aleix Espargaro in MotoGP. In addition to his first GP win, it was also the first victory in the premier class for Aprilia. 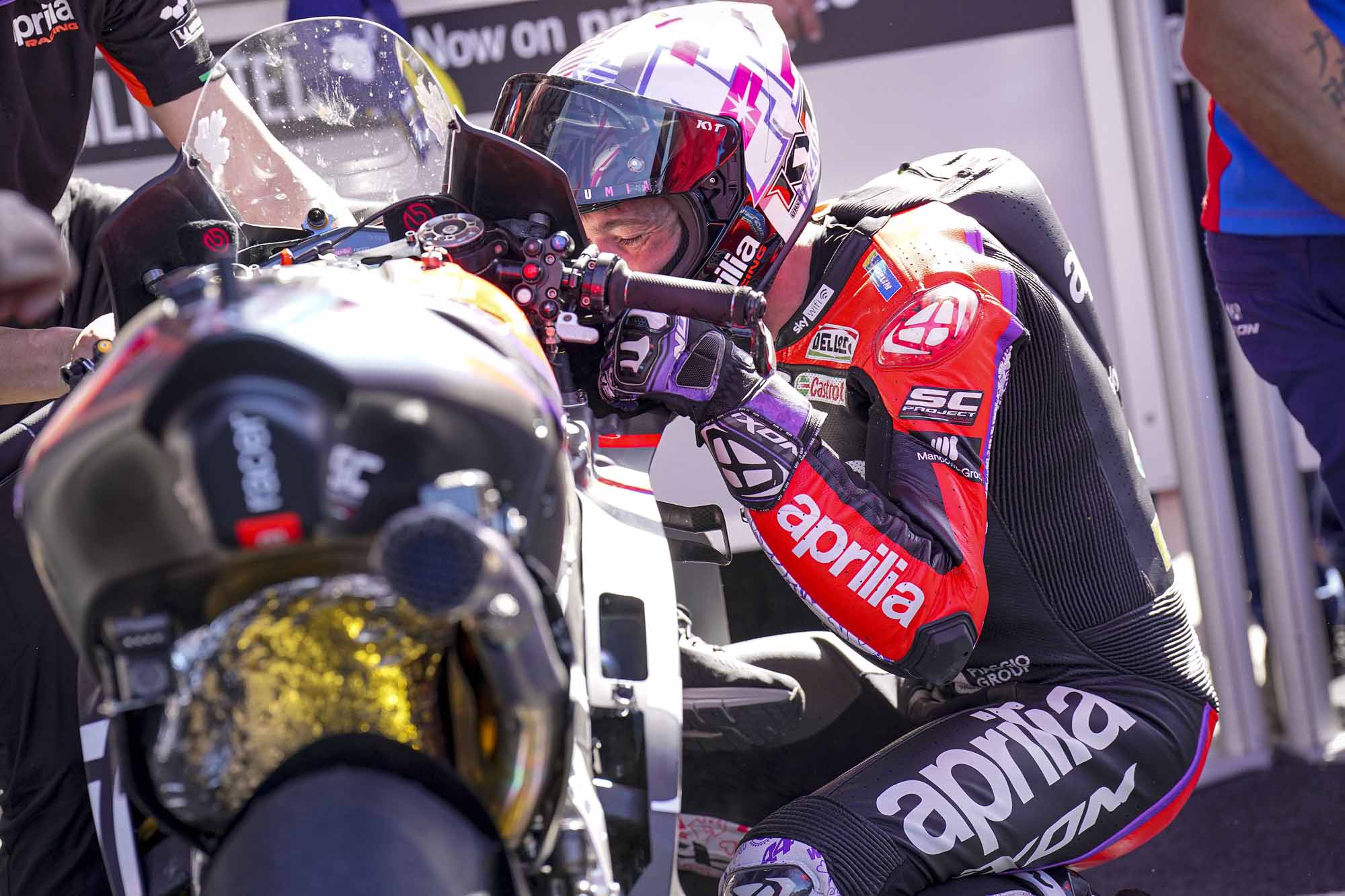