Actually the Adventure Motorcycle MT800 should have been presented in September already, but due to the Corona Pandemic there were delays, so that we still have to wait for an official presentation. Now the new model has been sighted in China.

Presentation at the beginning of 2021

As you can see from the pictures, the bike has reached series production, but the presentation has been postponed to early 2021.

Since CFMoto and KTM have been working together for quite some time, KTM technology will also be found in the MT800. The 799cc engine is an offshoot of the KTM LC8 parallel twin. The frame is strongly reminiscent of the 790 Adventure. The suspension elements come from WP-Suspension. However, the MT800 from CFMoto is not a simple copy of the KTM 790 Adventure.

Although the MT800 belongs to the adventure category, it seems to have been designed primarily for the road and for longer tours.  The fairing is larger and the auxiliary headlights have been incorporated.

The seat seems a little lower than on the KTM. It has not been shaped in a motocross style and has been stepped for rider and passenger, so that the pillion rider sits higher. The tank has been designed conventionally. A 19 inch wheel was mounted in the front and a 17 inch wheel in the back.

All in all, the MT800 should also turn out somewhat cheaper than its KTM counterpart, especially since the KTM Adventure was first equipped with the new 890 engine.

The 799cc engine of the MT800 should deliver about 95 HP. However, the conversion to Euro5 could still absorb a few hp, provided that motorbikes find their way to Europe, as it is not yet clear whether the bike will even make it to Europe. It would be possible that it will only be released on the Chinese market. 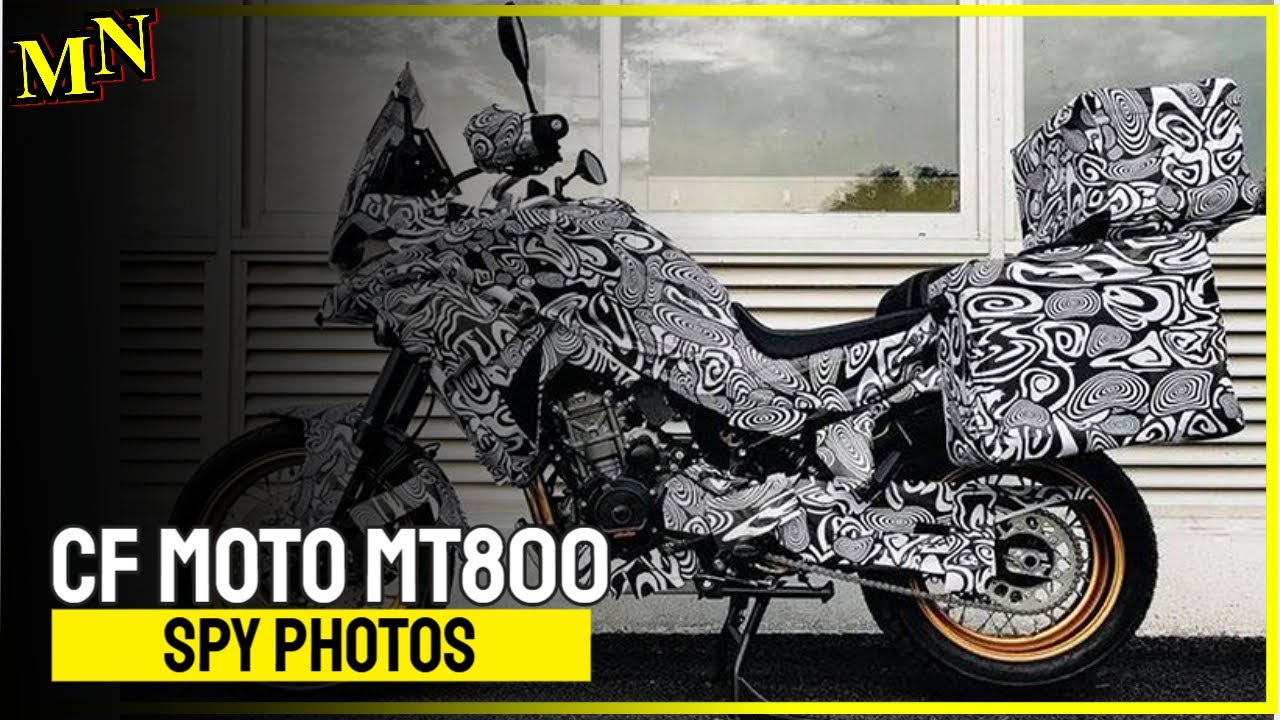