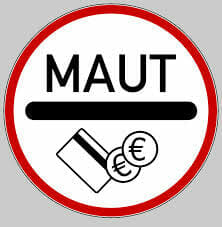 As is already known comes from 2016, the car toll, or more recently infrastructure levy. This applies to all roads and also motorcycles must pay – absolute nonsense!

– The Germans get it even with the road tax refunded or offset. At first glance, one might believe this to be accessible, since we also have to pay abroad. But I do not believe that we come without drawbacks thereof. On the contrary, in no more than a few years, we will pay it vigorously.

For the first countries have already announced to sue. What happens if they win the lawsuit? Then we have the toll and must pay the full rate! Tough luck! Who knows if it is not secretly speculated …

How to work the whole really?

The concept is the Hr. Dobrindt has thought Anyway, it’s full of holes as a Swiss cheese. What, who and how much you must pay at toll thing is for sure already. But is not intended to function as the whole. It is a monster of bureaucracy. Depending on the age of the vehicle, environmental impact, displacement, diesel or gasoline … is calculated as the toll. Which employee at the gas station to overlook that? What if one was retrofitted particulate filters or similar? What if you thus get a wrong mark?

It is indeed not even tight as the toll is to be controlled. Police report for controls manufactured pull no single official (I do not laugh … the changes determined soon). Will probably made ​​in the course of general traffic controls, then just pure extreme rise random …

If, however, no longer controls the police, who will? Are now widely cameras built around the toll how to control on the highways? Can you not move anywhere without being monitored? Ok, this is now already almost no longer possible, but it must be even worse?

The nice thing about it is also then the mark. Where to put it on the bike?

Where should I stick it to the Bike? There are so ne way cable tie with plate on which you can affix the vignette, but in most countries this is not allowed. So it is questionable whether one can make it with us. Adheres you look at the rubbish on the windshield, then you have also the ruined within a few years. Scratch the crap again from a new to stick it …

What if you have no windshield? On the mirror? All bullshit. I glue it easy for me on sight … 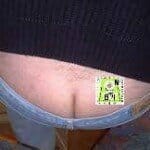 I’d prefer to leave it to me yes tattooing on the butt, but the point is not, as it changes every year. Imagine a traffic stop in front … “Where did you get your vignette?” …

One possibility would be to glue it on the license plate, but does that make sense? As yet already is a “D” indicates that the vehicle is registered in Germany …

All in all I am very skeptical and totally against the toll. I do not think off that it will cost the Germans nothing. On the contrary. You will join us nice and not say anything against us as a toll for foreigners sold it. Maybe it really cost us the first years of nothing, but stick with it, it is not safe! Before searching for more revenue they should do business first better with the existing money!