Because of the rather simple architecture and the deliberate avoidance of complicated technology, the BMW R 18 is particularly well suited for customizing. Custom bike designer Roland Sands has taken on the R 18 with the aim of extreme acceleration.

Sands turned the R 18 into a real dragster for the quarter mile. Damping is not really crucial there, so Sands designed a new rear frame without suspension. The fork from an R nineT was used.

In order to improve the traction, an extremely wide special dragster tire was installed, which also meant that the fenders had to be widened.

In order to meet the demands of the tire, the performance of the boxer engine was increased with a nitrous oxide injection. The required nitrous oxide bottle was placed under the seat.

However, Roland Sands does not reveal what the “Big Boxer” can achieve.

In order to achieve an aerodynamically favorable driving position, the footrests were mounted just in front of the rear wheel axle. The handlebars were placed relatively far down. As a result, the driver is literally lying on the dragster.

“Every motorcycle needs different sources of supply, special materials and parts, depending on the model. Even after building over 200 bikes, every new concept is a small learning process. We always want to understand the genre we are in. That is the key to keep it authentic and functional, “explains Roland.

Sands used the experience with the R 18 to develop various aluminum milled parts that can be ordered from the market launch of the R 18. The collections are called “Machined” and “2-Tone-Black”.

The R 18 dragster in detail 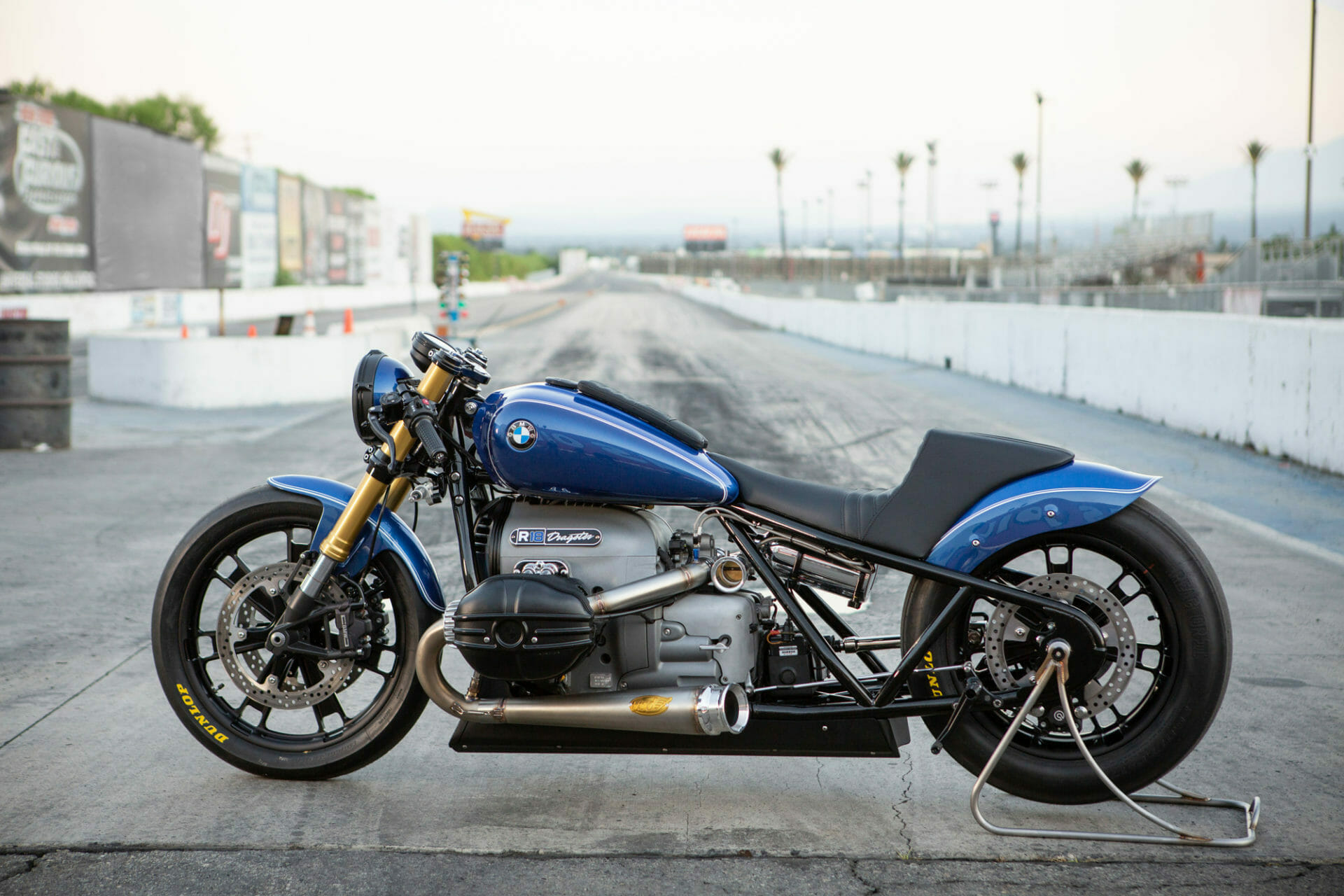