The date for the Bike & Music Weekend 2015 starts and the first headliners were announced.
[sam id=”2″ codes=”true”]It starts in 2015 from 30.07.-02.08. in the motorway service Strohofer Geiselwind. Music, burnouts, drag races, go-go girls, US cars, stunt shows, for four days the truck stop is transformed a veritable beehive. 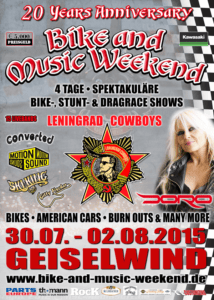 The following bands are already confirmed for the weekend:

More will follow. Doro I have seen only the year before last. The small ex-Warlock singer really makes a great show and bursting with energy. The bands will play on indoor and outdoor stages. Bad weather is not a problem on the Bike and Music Weekend 2015! 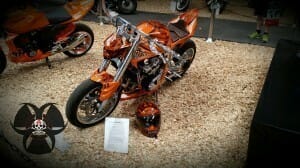 Anyone interested in US cars or custom bikes this is the place. But not only that, it is an event for bikers, rockers, just those how like bikes & music. Crazy people with crazy vehicles are also enough to find. It’s just an absolutely brilliant party for everyone! 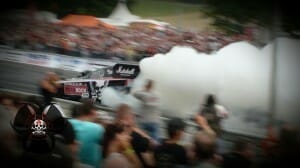 I can only recommend the whole weekend to camp there on the associated campground because it will be some to see. StuntRider, Drag Racer and GoGo Girls will play on the event’s racetrack. Tires are made to burst and the fire will be played … 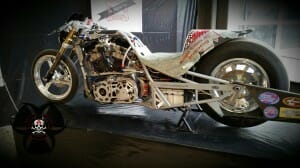 Last year I was already in place, and in the report of the motorcycle meeting can read well what to expect. (In the youtube playlist you may like to take a look.) Unfortunately, I only got to spend a day there. This year that is not enough for me. 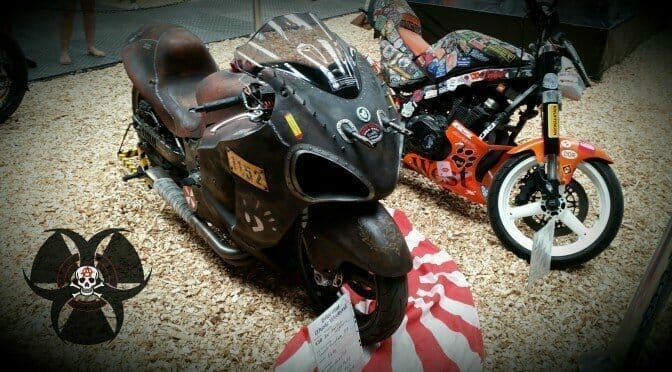 More than 13,000 bikers at the May 1 meeting in Nuremberg