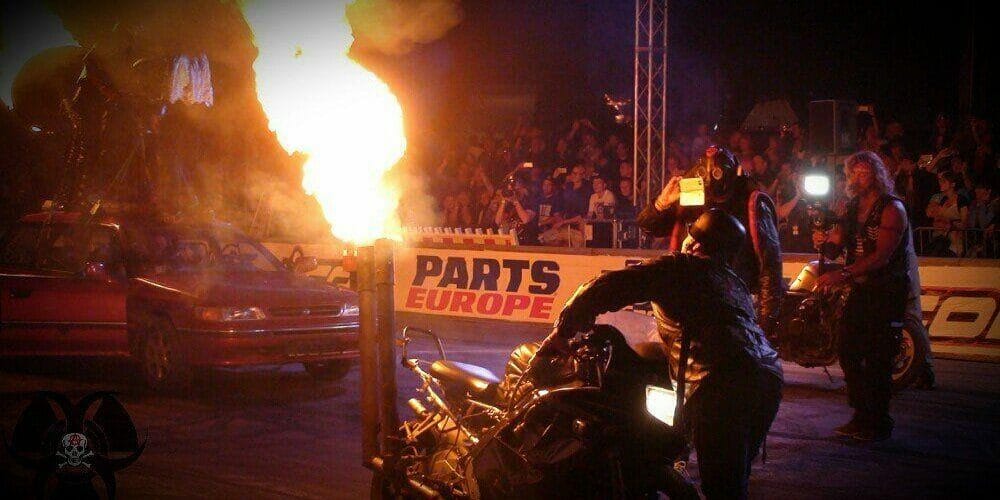 After the first part of the event report in which it came to the girls, the drag racing and stunt riders show, let us go on with the music, the burnout show and the rest of Event…

Live bands on the Bike and Music Weekend 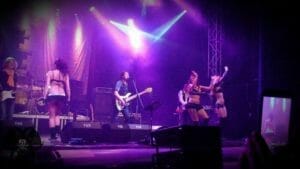 [sam id=”2″ codes=”true”]To be honest I’ve not seen a few of them, because the performances have partially overlapped with the shows. One would also have to decide between the concerts, because usually three bands have played at the same time. The bands that I noticed were really good. But my focus was primarily on the shows, so I allowed myself to just float on the event grounds in the time between Shows (or after). This I noticed something of everything though, so right but again nothing…

Gitty and the Fishermans

Saturday night, after the shows was on the race track to the end and the fireworks had burned down, I ended up at some point in the outdoor stage. A really good and harsh woman’s voice sang old classics, made me sit up. On stage Gitty Fischer with a drummer who played on a ton and another singer.

I have no idea how long they‘ve played but apparently I had missed something. In between songs Gitty spoke in a very loose and pleasant manner the fact that they now have spontaneously formed a new band. A fan club was founded by the audience, it was decided to name Gitty and the Fishermans and the whole episode was sort of the first band rehearsal. Of course, you had to see the whole thing with a wink, but I have no idea to what extent the three really ever played together.

What they seem to have really shown spontaneously was awesome. They were seen every now and then browse through the sheets of music and discuss what is going on next. Mostly here the drummer was not informed. “He should just come to play.” All this was really very easy, funny, spontaneous and totally sympathetic brought over. Gitty and the Fishermans have not only musically absolutely convinced.

In the middle instead of among 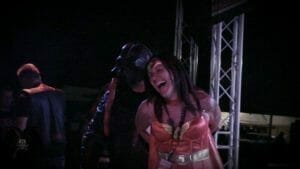 Since I also needed something Music for the video Report, and I really liked the old classics, I stood at the edge of the stage to film. The plan was actually only one or two songs in the end I probably half the concert recorded. Again and again, a few people on the stage or the ramp in front of the stage are to dance.

When I was eventually jostled often times I turned around and realized that I apparently now found myself on the dance floor. Behind me everything was dancing … As the stage was then briefly stormed by the performers of the French “Mad Max Show” went the fun really begins. Gitty has the interesting and disguised People ado cashed as backup dancers. 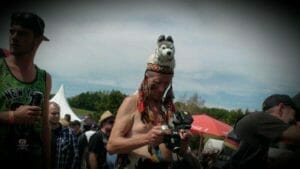 It however did not stay. In the finale Gitty invited just all a on stage. Accordingly fully it was here and the atmosphere was at its peak. It was really a great concert and you really noticed that Gitty and the Fishermans had fun. The finale of the show can be seen in the video:

Burnout Contest for cars and motorcycles 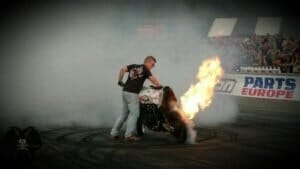 At about burnout contest went on spectacular way possible tires to destroy. The motorcycles went to the bursting of the rear tire. A few rules there were also. The tires must not be in the state or in one place burn. Either you went to the motorcycle when burn so forward (rolling burnout), or turned the machine in a circle and therefore made donuts. After the burst of the tire is final. – Here had to be taken to the tarmac consideration, since damage to the dragster could be really dangerous. 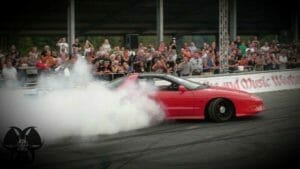 The bikes delivered a great show. There were misfires provoked or caused by special injection into the exhaust system for a great fire show. Here could sometimes even briefly a pant leg on fire … The spinning tire was also like inflamed. A great show was the subtracted here. 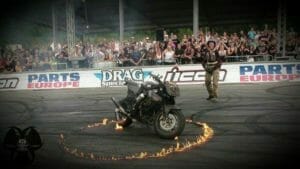 The cars were subsequently competed for burnout contest here clearly at a disadvantage. Since the track was limited laterally and one could in one direction only burn, they were able to drive along the route only with spinning tires. While this was great, but compared to the bikes then not so rich action. The cars and the bikes were counted separately. 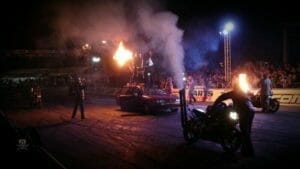 So they have been announced and which describes it best. The show was as short as it is impressive and one of the highlights of the show on Saturday night.

Several motorcycles flanked a car on its roof, a bike was strapped. They drove with roaring engines on the race track. Engines were shot in the limiter, tires spun through. The bike on the car burn with his very special rear tire on the car. The “silencer” were turned into flamethrowers. Really awesome. But really awesome were the drivers of the vehicles. Here really came on apocalyptic mood. Curious figures as from the Mad Max films taken. In between, ended up being a Wonder Woman and a guy to see the suit. Very strange. One can not describe what it was for a show and it was also quite short, almost. I do not really have a clue what I saw there, but it was cool! Check it out yourself at best:

But that was not all! 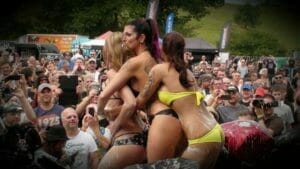 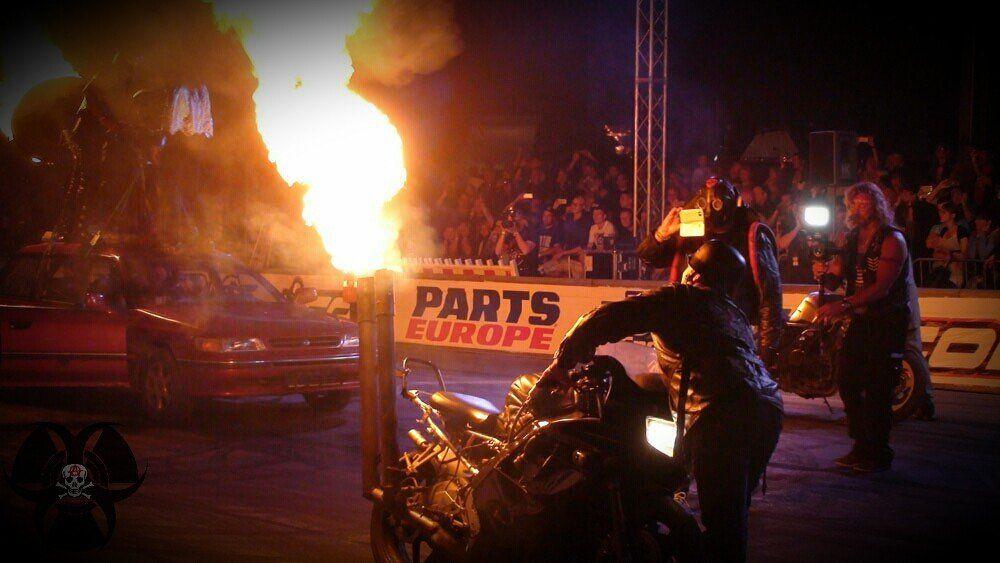