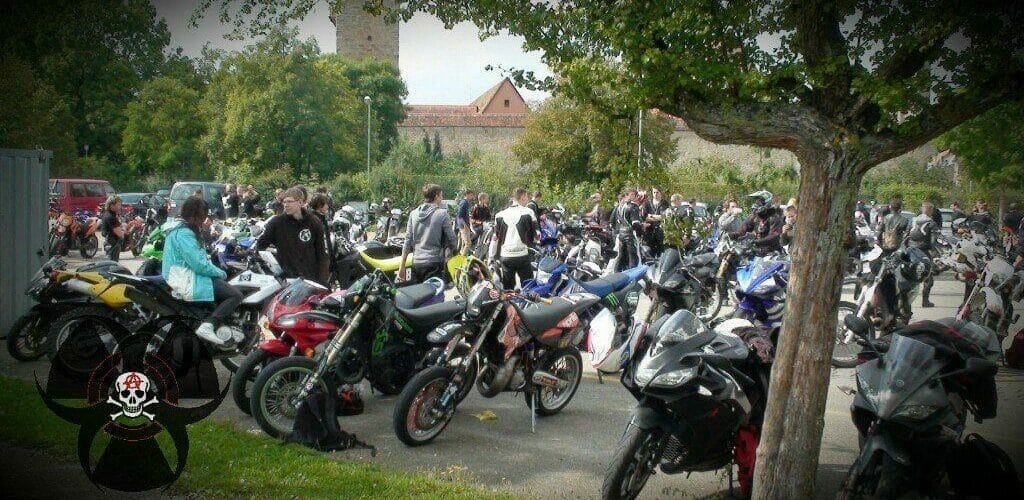 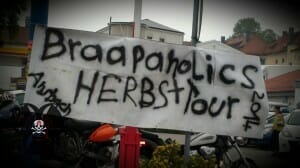 Meeting point and start of the tour was in Ansbach at a parking lot of a discount store. I was shortly after 9 clock and there was not the first. But the parking lot had plenty of room. It much just lots of people dressed in green with green decorated vehicles. But there were no Kawasaki. 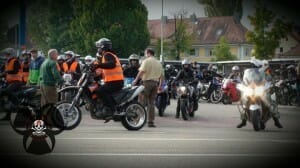 9.30 clock was specified and the parking lot was now very quickly full. According Braapaholics were about 600 vehicles on the tour.

The police your friend and helper 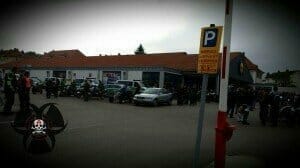 Sure, a trip with so many participants must be registered. “For safety” of all then had the police keep an eye on it and directing traffic. The Braapaholics got the support that participants divide into small groups 30s, and each group with a guide and a police officer (I can be nice too) must go. The groups also had to go at an interval of 3 minutes. 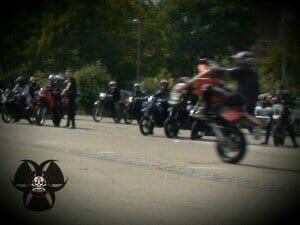 The tour was, roughly speaking, from Ansbach to Rothenburg ob der Tauber and back again. It was of course not taken the direct route. Several pauses in which all groups met again were of course. 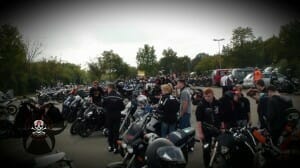 In Rothenburg, the system of each group was changed. Now in 60 groups was divided, with police before and after. The 30 groups have simply does not work. It was overhauled in overtaking, partly in Wheely, partly with and partly fall is almost anyone about it down … Rumours are told much. Whole groups should have run over red lights 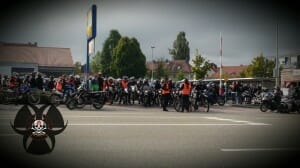 There was even spoken of four accidents. Three were said to be harmless, but one needed an ambulance. 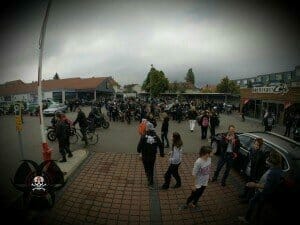 Sure everyone had fun, but people knew how to behave and also absolutely the rumors I do not think so anyway. Here and there a wheelie or a burnout, more was not. Let the guys still its fun !!! 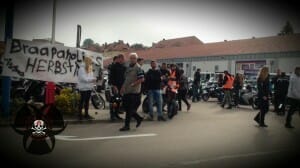 On the contrary, I can really only speak high praise for the behavior. But I must go back a little further. 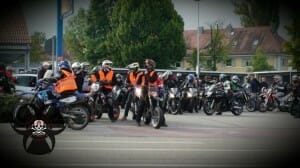 Directly on the meeting in the morning was a baker who really made ​​sales with the 125 cc drivers. I got myself as well as a coffee and a butter pretzel. It was always crowded in there. Apparently, the mood of the two saleswomen then all at once, because the store was cordoned off. 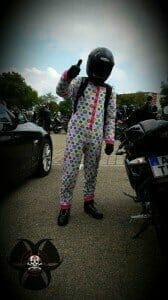 I wanted to get some coffee to me again, because I had filmed enough and most of the groups were already on the way, but the automatic door was closed. An older gentleman was just going in, but the door did not open. “We” were waved to the side door. The was also, but was identical unlocked. The Lord asked whether already closed. Of course not, and he was allowed inside. In front of me then the nice lady has made and asked what I want wide in the door. “A coffee” From her came just a no, and before me the door was locked again! The shop looks at me again for sure never !!! But now to the praise of the 125cc drivers. Were already written as above masses at the bakery. Until the trip off we went passed 1-2 hours. When all were gone were just three coffee cups and two bags on the entire parking lot. It must be said that nowhere was even a trash can !!!

On to the next time 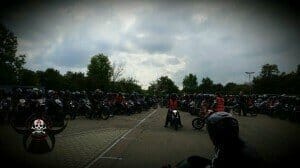 It was the second tour of Brapaholics and the first in this size. The police escort some were quite surprised, but unfortunately this can not be avoided in the crowd. Even so, there are one or the other point which you could improve, but on the whole it was a great tour. The next time some determined runs better. 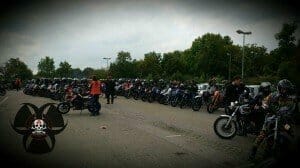 A little tip for spring, give the previously known route. Best with meeting places and times, then one finds the group again if you had to go somewhere else in between, broke down, or was separated from the group.

In the Gallery as always to find photos and videos on Youtube! 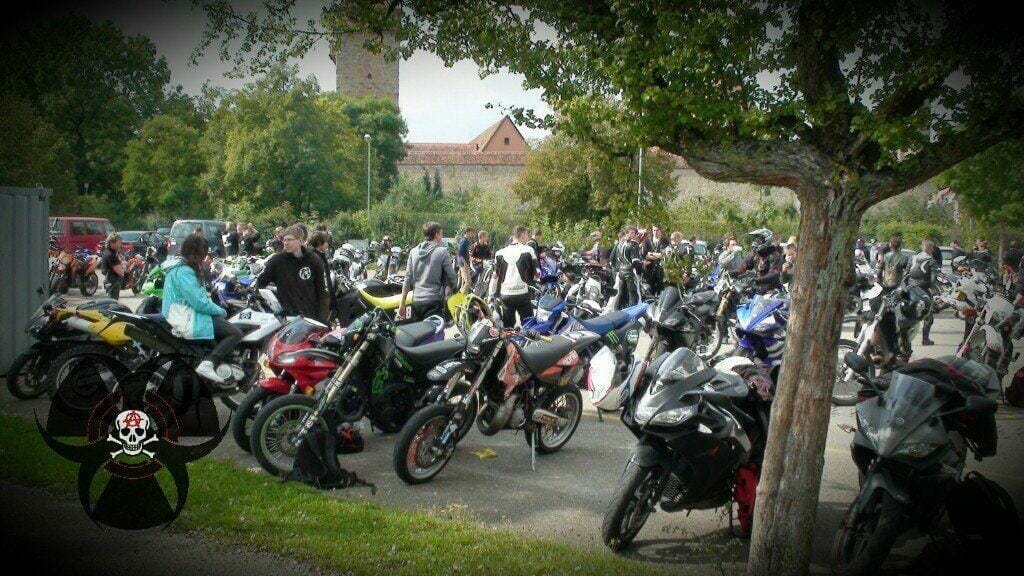