Besides the RS660 and the Tuono 660, Aprilia will launch another model with the 660 cc parallel twin. Already at last year’s EICMA one could discover a mostly hidden Tuareg 660.

Exhibited and yet not to be seen

The motorcycle was in a showcase surrounded by many plants. One could only see the knobby tires and 21 inch spoked wheels, as well as a schematic view of some other parts of the motorcycle, the rest was covered.

Now an early version of the Tuareg 660 was seen during a test ride on public roads.

Of course not much is known yet. One can assume that Aprilia will retune the engine for the Tuareg. In this configuration the engine should produce about 90 hp. Ride by Wire and different driving modes, as well as a traction control and curve ABS should also be clear.

It is quite possible that Aprilia will make a first official announcement shortly. 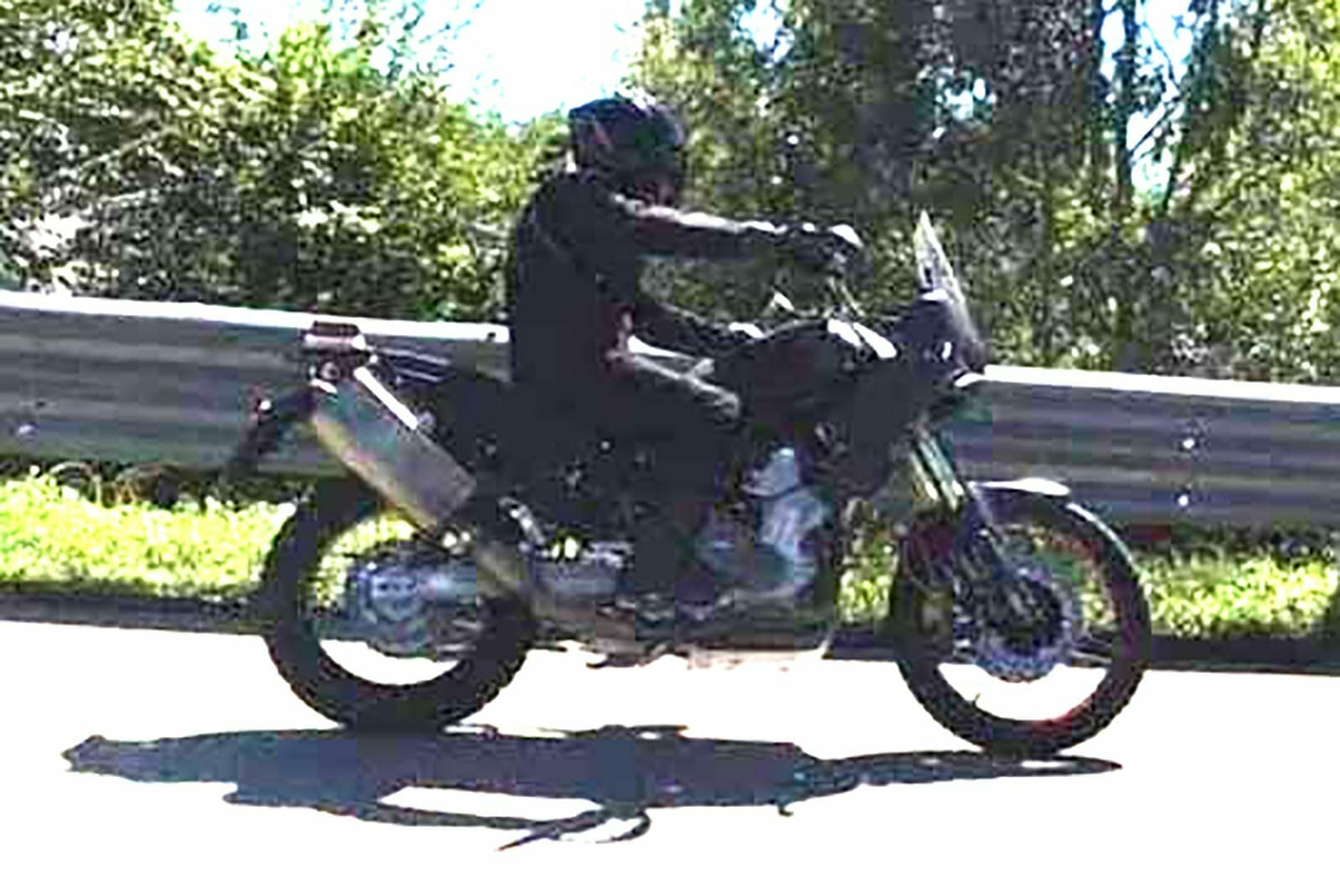