The 24-year-old Spaniard, Ana Carrasco, returns to Moto3, she announced last Monday. Kawasaki has already officially said goodbye and wishes her all the best in Moto3.

For which team the racing Amazon will compete in 2022 has not yet been revealed. According to her statements, however, she had several offers on the table. What is clear, however, is that she will leave the Supersport 300 and return to Moto3.

Ana Carrasco was the first woman to score points in Moto3. She achieved this in 2013 with a 15th place finish. She later moved to the WorldSSP 300, taking her first win in this class in 2017. This made her the first woman to win an official World Championship race. In 2018, she even took the title in this class. In 2020, she struggled with a spinal injury and was unable to return until 2021.

“Racing is tough, not only on the track where people are watching, but also in moments like these when you have to make tough decisions,” Carrasco explained. “My goal is always to grow as a rider, to set new goals that others consider impossible, and to achieve them.”

“The opportunity to race in Moto3 is a logical step for me, even if the emotional step is hard,” Carrasco added. “I want to thank everyone at Kawasaki who made me feel like part of a racing family, of course my pit crews and team members who gave me the best machines all these years and Provec who created a professional environment that was just incredible.” 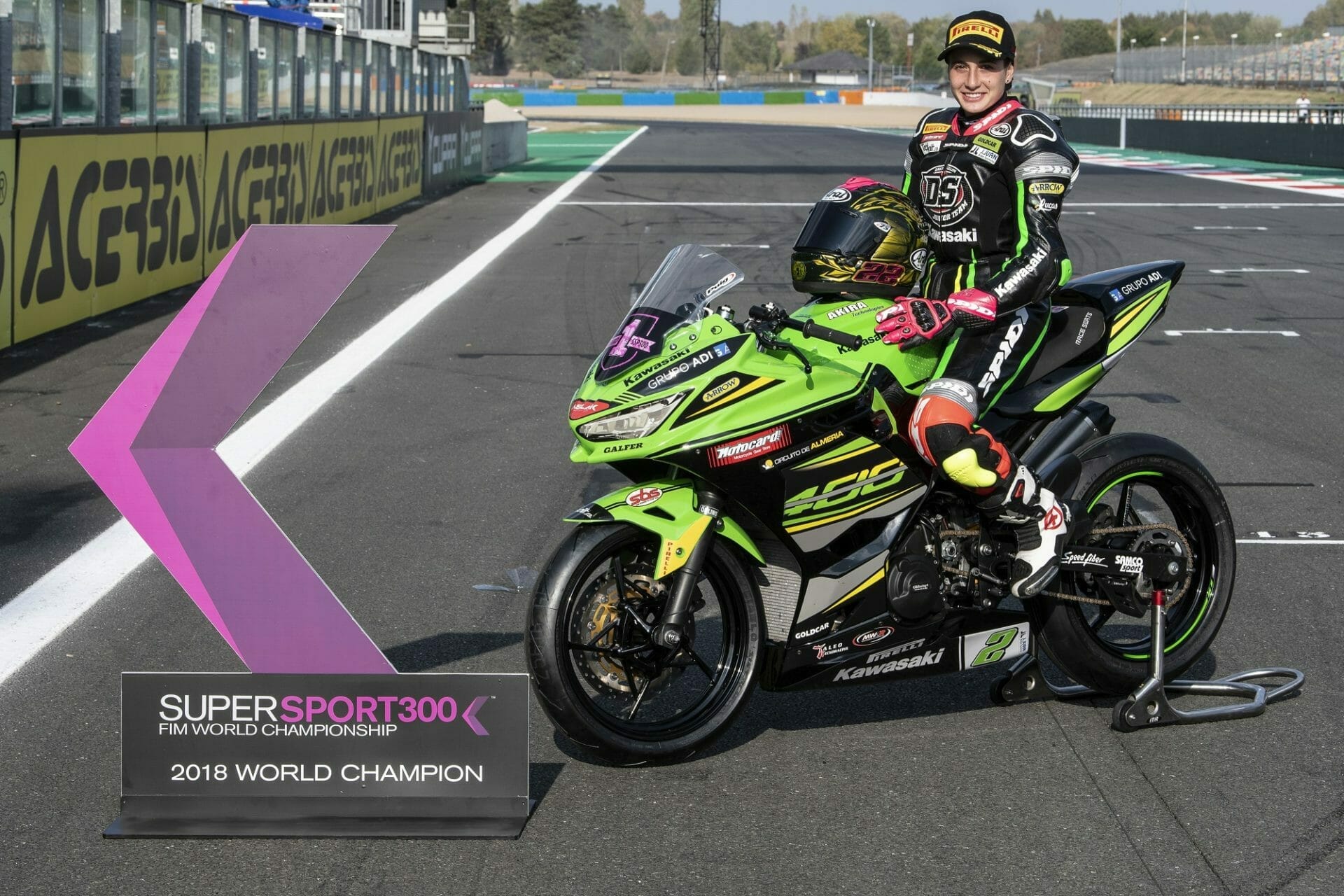