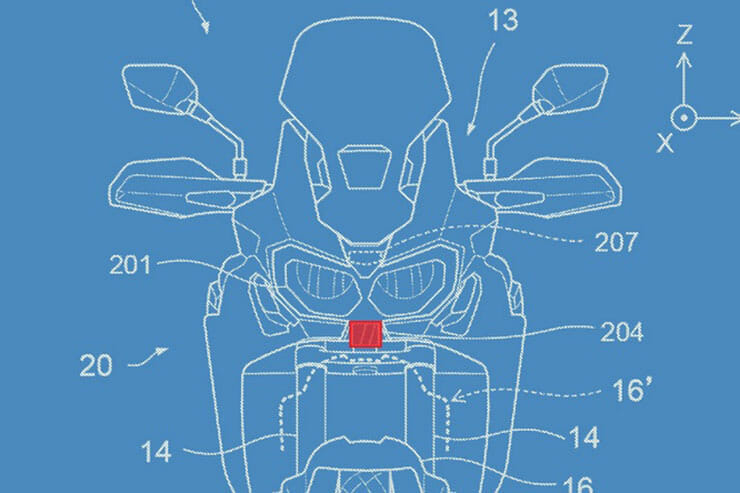 Africa Twin will also be equipped with radar system

4 min read
Many manufacturers have announced a radar system for various models. A radar-based cruise control system automatically adjusts the speed of the motorcycle to the current traffic situation. Now patent drawings of the radar system for the Africa Twin have surfaced.

Africa Twin will also be equipped with radar system - also in the MOTORCYCLES.NEWS APP Click to Tweet

Many manufacturers have announced a radar system for various models. A radar-based cruise control system automatically adjusts the speed of the motorcycle to the current traffic situation. Now patent drawings of the radar system for the Africa Twin have surfaced.

Ducati, BMW and KTM all rely on Bosch’s system for radar technology. Kawasaki will also use Bosch technology in the future; a suitably equipped Ninja H2 SX SE+ was seen just recently, but the official announcement is still pending.

Honda has so far held back on announcements, although they are also working on appropriate technologies. Patents of a radar-equipped Gold Wing have already surfaced. So far, however, it has been unclear whether they will license the technology from Bosch or develop their own.

It is still not clear whether it is a proprietary development, but the now surfaced patents of the radar-equipped Africa Twin, show an expanded use. In addition to radar, cameras are to be used, enabling an additional layer of environmental monitoring and circumventing disadvantages of radar technology.

A radar can detect other vehicles very well, even when visibility conditions are not particularly good, for example in fog. The distance to vehicles can also be detected very well, which is used for automatic speed adaptation.

A radar system cannot detect brake lights, road signs or the current switching of traffic lights; this is where cameras can bring their advantages to bear. With appropriate technology, the cruise control system could not only maintain the preset speed and slow down as traffic gets heavier, the system could also use traffic signs to slow down or alert drivers to a red light.

In addition, Honda also wants to couple the motorcycle with other vehicles and infrastructure. Different vehicles could thus communicate with each other and indicate hazards on the road. Networking vehicles on the road should also make autonomous driving safer in the future.

Two sensors at the rear

If you look at the patent drawings, you can see Honda’s plans for a radar system at the front and two more at the rear. So far, most manufacturers plan to use the system only at the front. Only Ducati has equipped the Multistrada with it at the rear as well, to warn of approaching vehicles.

Honda is going one step further here and using two radar sensors at the rear that are tilted more to the side. This means that not only vehicles behind the motorcycle can be monitored, but also vehicles that are next to you or approaching from the side are detected.