On March 14th the American Flat Track starts the new season in Daytona. Harley will certainly start the season particularly motivated as the XR750 celebrates its 50th birthday.

The XR replaced the KR in 1970 and proved to be a great success. Races were won on the motorcycle, some started doing stunts and it was just cool. The famous stuntman Evel Knievel also did some of his famous stunts with an XR.

It dominated the dirt oval between 1972 and 2008. Harley described it as the most successful racing motorcycle of all time. In 2008 the XR1200 was released onto the streets, but was not produced for long. In 2016, the XR750 then was replaced by the thoroughly updated XG750.

Competitor Indian has since released the FTR1200, which serves the same segment. Perhaps Harley takes that as an incentive to bring the XR1200 back. Finally, Harley itself said it was time to get the XR back on the road.

When would it be better than the 50th anniversary in 2020? 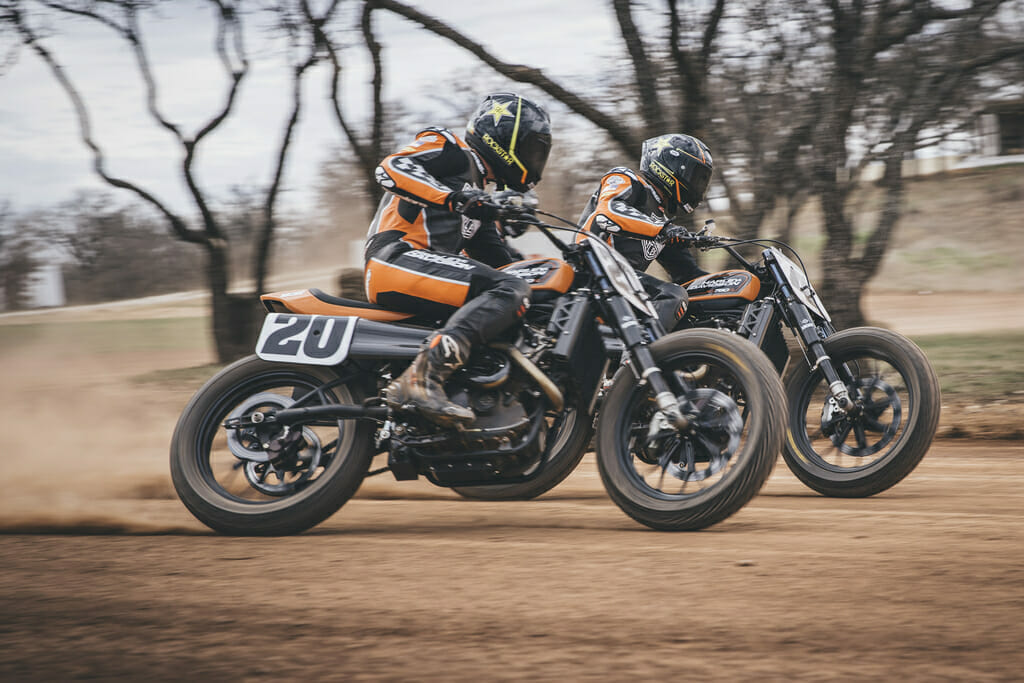