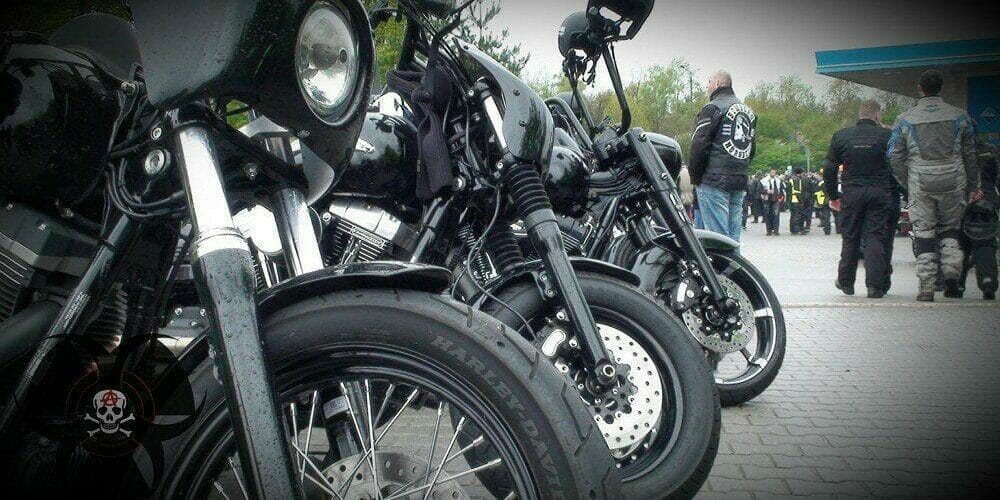 Motorcycle meeting in Nuremberg on May 1, 2015

Despite rain Some found their way to Nuremberg to the traditional meeting on May 1st. Of course, there were not nearly as many as usual, but to see you got enough…

What is the Motorcycle meeting on 1 May in Nuremberg?

For the meeting there is no organizer and it is not logged. There is no demonstration or whatever. According to rumors, the meeting was over 20 years ago as a meeting place of a club to form a common Maifahrt to Weltenburg. They wanted there to be blessed the bikes to get through the season without an accident. To Weltenburg still drive a lot afterwards. Often children stand on the roadside and want to fives with the bikers. But many take their own tour. 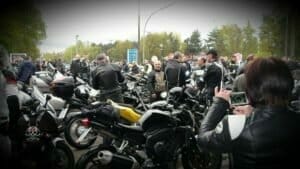 Over the years there have been met in Nuremberg more and more. Since it is not an official event, is also not really offer what. – Only the meeting itself, with lots of interesting types, gasoline conversations and class machines. There were only three stalls which took the whole thing as a little advertising and a musician (Pontus J. Back) who entertained the people something. 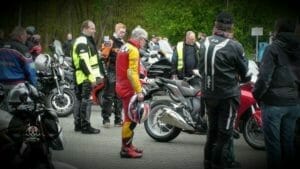 Such an event would probably get unauthorized and here it happens just come. The exaggerated rule rage from the German authorities is simply ignored and met. It works then even without the then everything is full of trash, or there are riots! This is what I personally attended the meeting like so. It shows that no one has put together everything in a corset of rules and it can still go peacefully and orderly. The whole still in motorcycling, which generally do not have such a great reputation indeed! Where even a lot of “bad” motorcycle Clubs are on site… Furthermore you should think times where nowadays even have to regulate the consumption of light bulbs or vacuum cleaners and one no longer trusts me to make an emergency call itself. ..

The hard core met despite rain 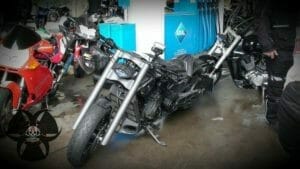 On the trip to Nuremberg, it has been raining lightly. Dry spots on the track you did not find it all the more puddles … Unfortunately, for many an absolute no-go for her baby to unpack. Even before the rain abated but after Nuremberg. Very light rain was but felt repeatedly. 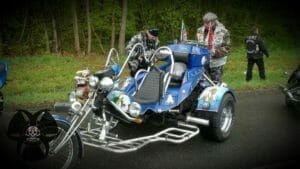 At the two stations were already some bikers, but there was still plenty of room. Also during the morning could have been, at least in the gas station towards the city center, can be at least one pump in operation – so much space was. A car could fill up quite normal. At so what was absolutely out of the question last year. 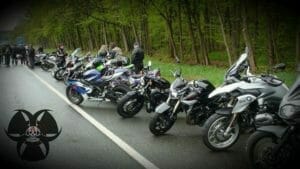 At the gas station into town the Street Bunny Crew had an information stand and gathered for social purposes. At the gas station out of town KTM was represented and at FOX Racing could be free to clean the visor. Who wants to know more about the venue you should take a look at the report of 2014.

Traffic was not disrupted 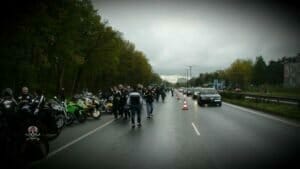 Quite early, and despite court at the gas stations, the first parked bikes out of town on the hard shoulder. Even really far out. Why so far away I could not quite understand. I think the police have the boys and girls as far sent to stake the maximum “Event Size“.

This could have let. Although during the morning came to a few who stood on the side strip, the distance from the gas station to the highway–sign did not get it full. Last year here were easy three rows.

[sam id=”46″ codes=”true”]]But not only the three rows, and at gas stations (and generally towards the city center) was going much more. Traffic was also last year only for motorcycles, trikes, sidecars and quads open. This year, you have only the right lane (out of town) locked, so that people could look at the parked motorbikes. But on the remaining track even drove more cars than participants of the meeting.

Rain, fewer participants, yet it was great!

There, despite the lower number of visitors made absolute fun to be at the meeting in Nuremberg. The local people are just great and you always learn who know or meet old friends. 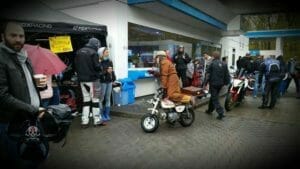 The motorcycles there are often also extremely unusual and eye-catching. Although the show runs through the event failed to materialize for the most part, but we also got so plenty to see. A highlight was a somewhat older biker who drove with his small Honda through the stations. As can be seen in the pictures, he had a brown hat, a brown long leather coat, brown leather pants and matching brown suitcase there. Everywhere was the cheered, clapped and even took pictures with him. rustic type 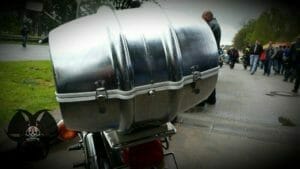 While the police were again in great numbers on the spot, the participants in the meeting but left absolutely alone. There were no checks carried out (at least as far as I‘ve noticed). On the contrary, they have supported the meeting by blocking the tracks and regulate the traffic. This year they saw it even looser when you crossed the street without migrating to the only traffic light on the kilometer-long road. Thanks for 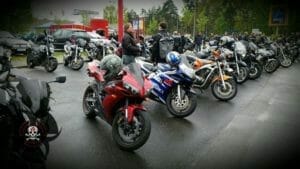 Last year, when the sky is overcast to have been on site about 8000 people. How many were there this year I can not estimate. Definitely a lot less … For this reason I have also in the video material 2014 incorporated to show a comparison.

I‘m curious how many there are in nice weather. Maybe we can see for the 2016 Motorcycle meeting on May 1 in Nürnberg. 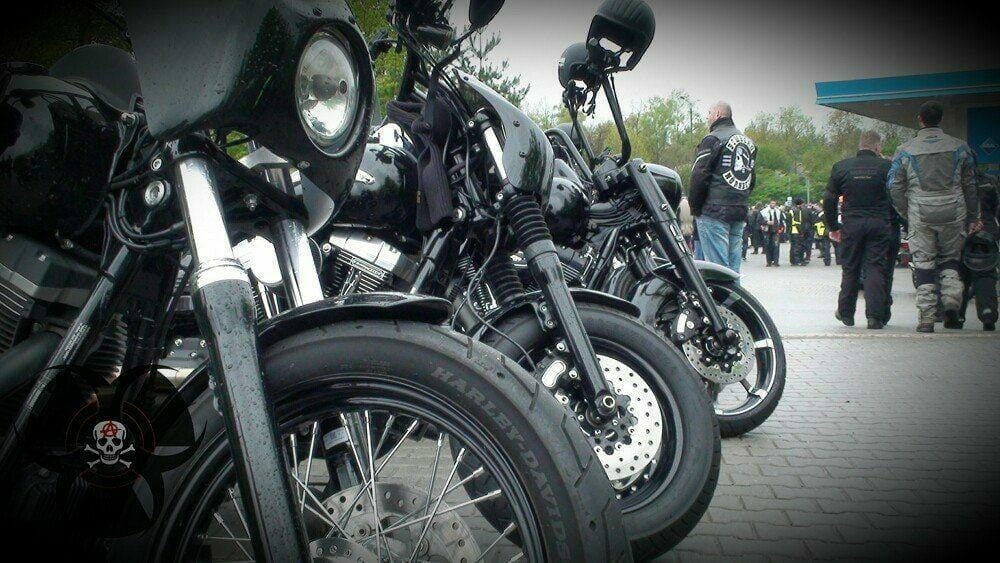