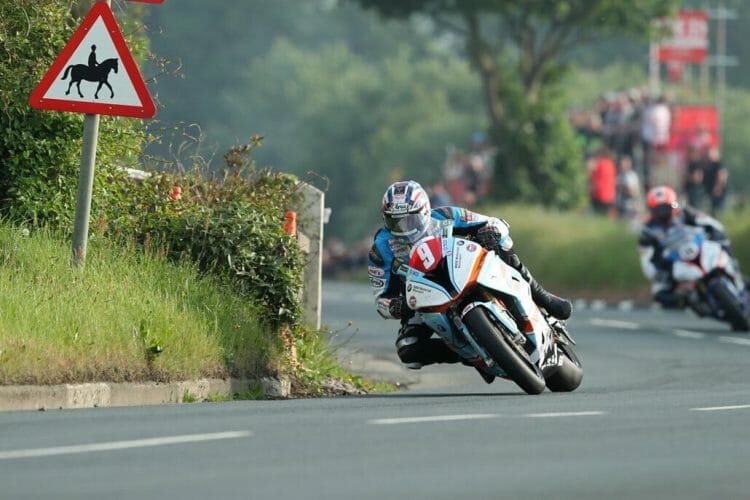 Despite wet spots on the track, the riders on the Mountain course were really fast on the road.

It was raining during the night and there was fog in the morning. It was long past the start of qualifying, but there were still some wet spots at the exit of Ramsey Hairpin, the Nook and Governor’s Bridge.

Peter Hickman did not mind that much because he set the best time of the evening with 132.81 mph. It was also his personal best that the Smiths Racing BMW driver ever drove.

Ben and Tom Birchall also set the fastest lap of the week in their class with their Formula Two Sidecar. They drove a lap average of 116,554 mph.

Chris Petty had a crash at St. Ninians, so there were some delays due to the many parts on the track. Chris was taken to the hospital. He reportedly broke his ankle.

For the first time, the bikes of the ZeroTT went on the track, so the electric class. As expected, Michael Rutter was fastest on the Mugen. He drove 116,049 mph. Team colleague Lee Johnston scored 101,108 mph on identical equipment. 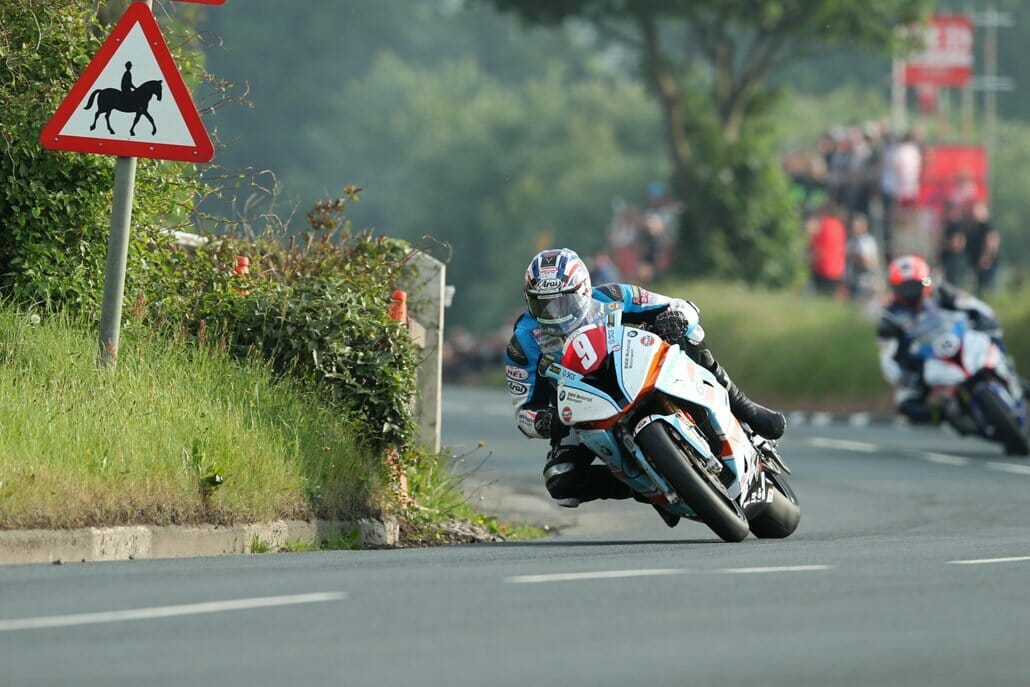