Heavy accident of Ian Hutchinson at the SeniorTT 2017


[sam_ad id=”2″ codes=”true”]In the second round of today’s SeniorTT, Ian Hutchinson had an accident just before bungalow at the 27th milestone. The race was canceled with a red flag.
Exactly one does not know yet, but currently one speaks of a thigh fracture. Ian was taken to the hospital by helicopter.

Steel will – which makes Hutchi a hero

As early as 2010 Hutchi had a serious accident at Silverstone, where he almost lost his left leg. In the first lap, several drivers fell on the wet track and Huchi was overrun by the following motorcycles. He fought his way back to the motorcycle although he was still very restricted. He can move his leg only badly and therefore also switches with the right foot. Of course his motorcycles have to be modified accordingly.

To his old speed he has recovered and even exceeded. He had been able to make several wins at the TT and Macau, and last year, he fought with Michael Dunlop bitterly for the new track record on the Isle of Man.

The race is now continuing.
Horst Saiger also fell at the race. But he could drive his machine back into the paddock.

Ian Hutchinsons accident at the SeniorTT 2017 in Video: 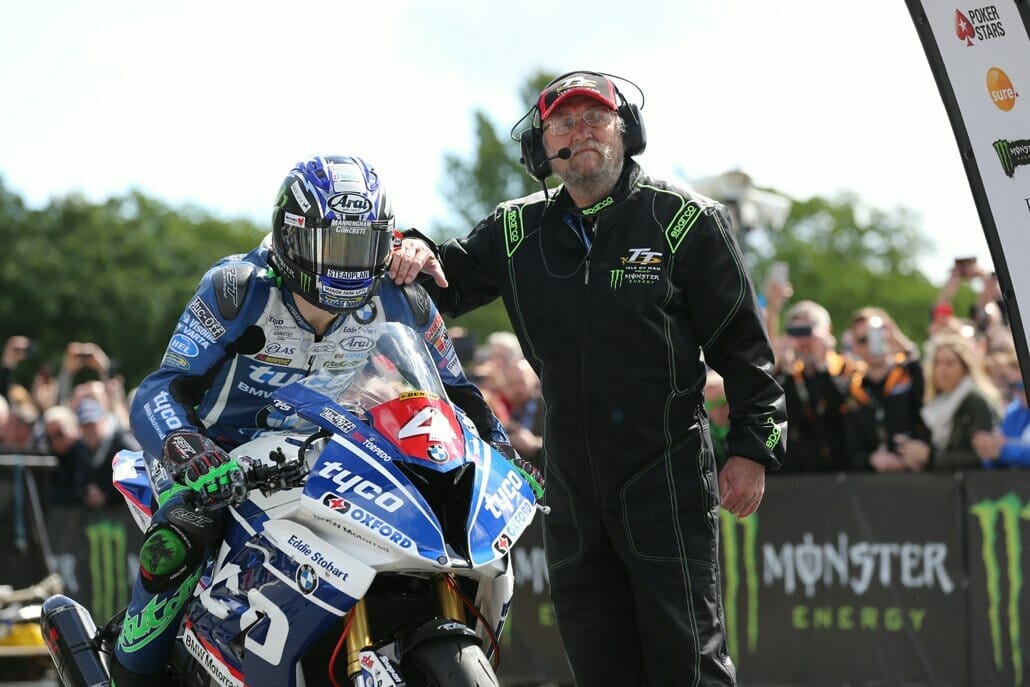