The look of the Honda CBR250RR has found many friends here, but a publication in the European market is still not planned. It remains confined to the Asian market.

[sam id=”2″ codes=”true”]The 249.7 cc engine simply does not fit into a certain class in Europe. For holders of the A2 driving license the 38.1 Ps would probably also be an argument to decide for something else. Why go around with 38 hp if you can drive 48?

New is now a special model, The Art of Kabuki. The four-tonne double R is available with and without ABS, but an import and European approval is likely to fail due to the lack of Euro4 homologation.

However, we can continue to hope that a future European model will come with a similar look.

The Honda CBR250RR – The Art of Kabuki 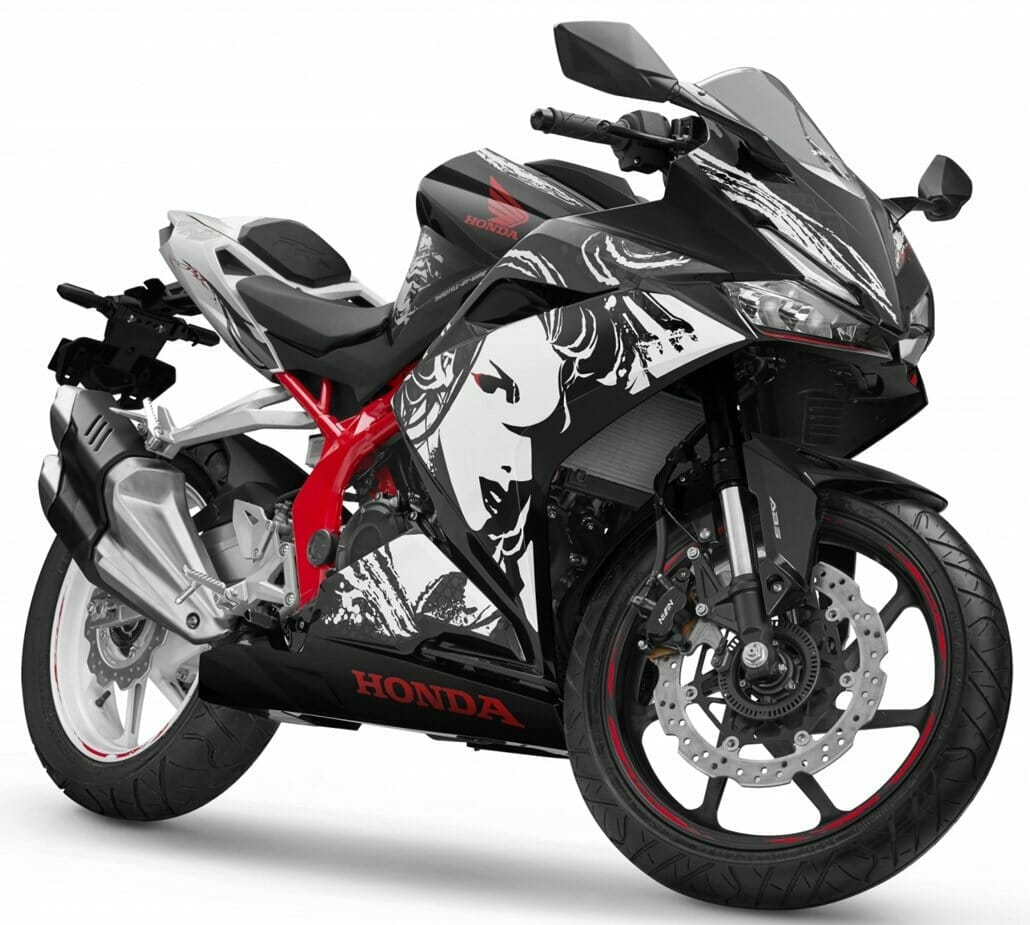