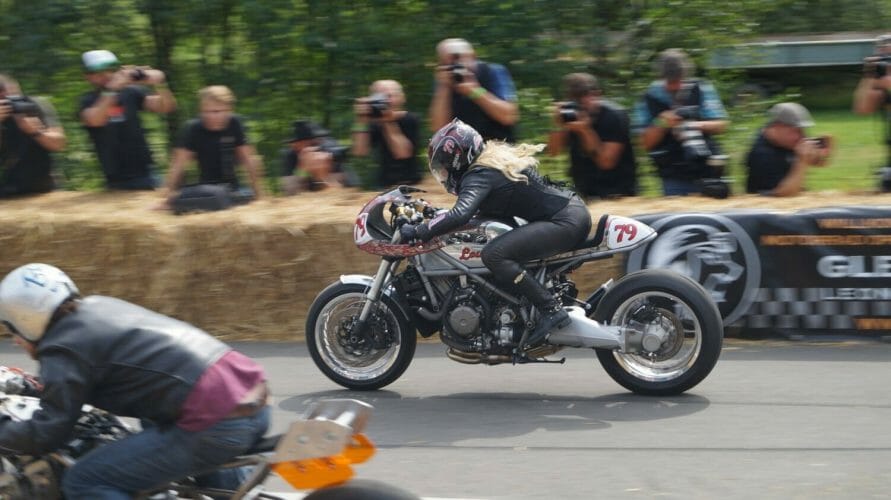 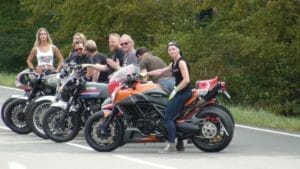 At the weekend the motorcycling world looked to Leonberg. More specifically to the famous motorcycle meeting Glemseck and former Solitude Racetrack. The Glemseck101, Europe’s largest brand open free Cafe Racer event attracted thousands of visitors. In typical Glemseck weather, dry, sunny and warm but not too hot, the 1/8 mile race were secured.

Like last year, Triumph sponsored again a tribune to allow for the limited track as many viewers as possible the view of the race. 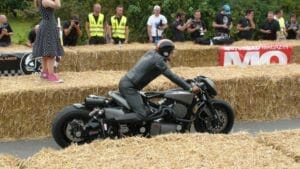 At the start there was a show race, that drove Twintrax PowerPlus against the popular Sprint Beamer.

The Twintrax PowerPlus of “The German Motorcycle Authority” is equipped with two Harley Davidson S & S Evolution engines. Two times 1340 cc in a Twintrax frame and having a motorcycle overall length of 2.71 m.

They drove in K.O. system. Those who had lost his race was out, until a winner is determined.

Essenza – the essence of the motorcycle…

… the essence of the motorcycle, so called, a new class in the 1/8 mile race at Glemseck. Motorcycle manufacturers have committed to rebuild Customizer matching motorcycles for the race and the simultaneous customizing competition. There were only 3 specifications: 2 wheels, 2-cylinder – max. 1200cc. What came out were really beautiful, fast but also unusual motorcycles. In addition to the industry a few Customizer themselves had participated in this contest. 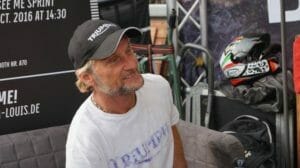 But it is not only the performance of the 1 / 8th mile but also the appearance. For victories in the race, there are points, but also the appearance is evaluated. Here you can participate you too. You can find more information on the homepage about Essenza. Who wants to watch the bikes again, may also do so at the Intermot in Cologne. There they are on Saturday also compete on the 1/8 mile again and then will ultimately decide who has built the most beautiful and fastest motorcycle.

Dangers they were, among others, Jens Kuck, Carl Fogarty, Nate Kern and K.OT of 1000 HP.

These were just two of many racing classes who measured on the 1/8 mile. 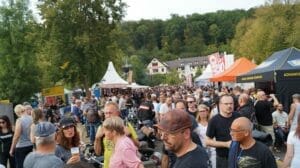 The event had not only the 1/8 mile race to offer. Some time you could spend on the dealer mile. Here also presented many Customizer from their works. Partly was the roadside, at the dealership, used as a parking area for motorcycles. Here were extremely many beautiful motorcycles 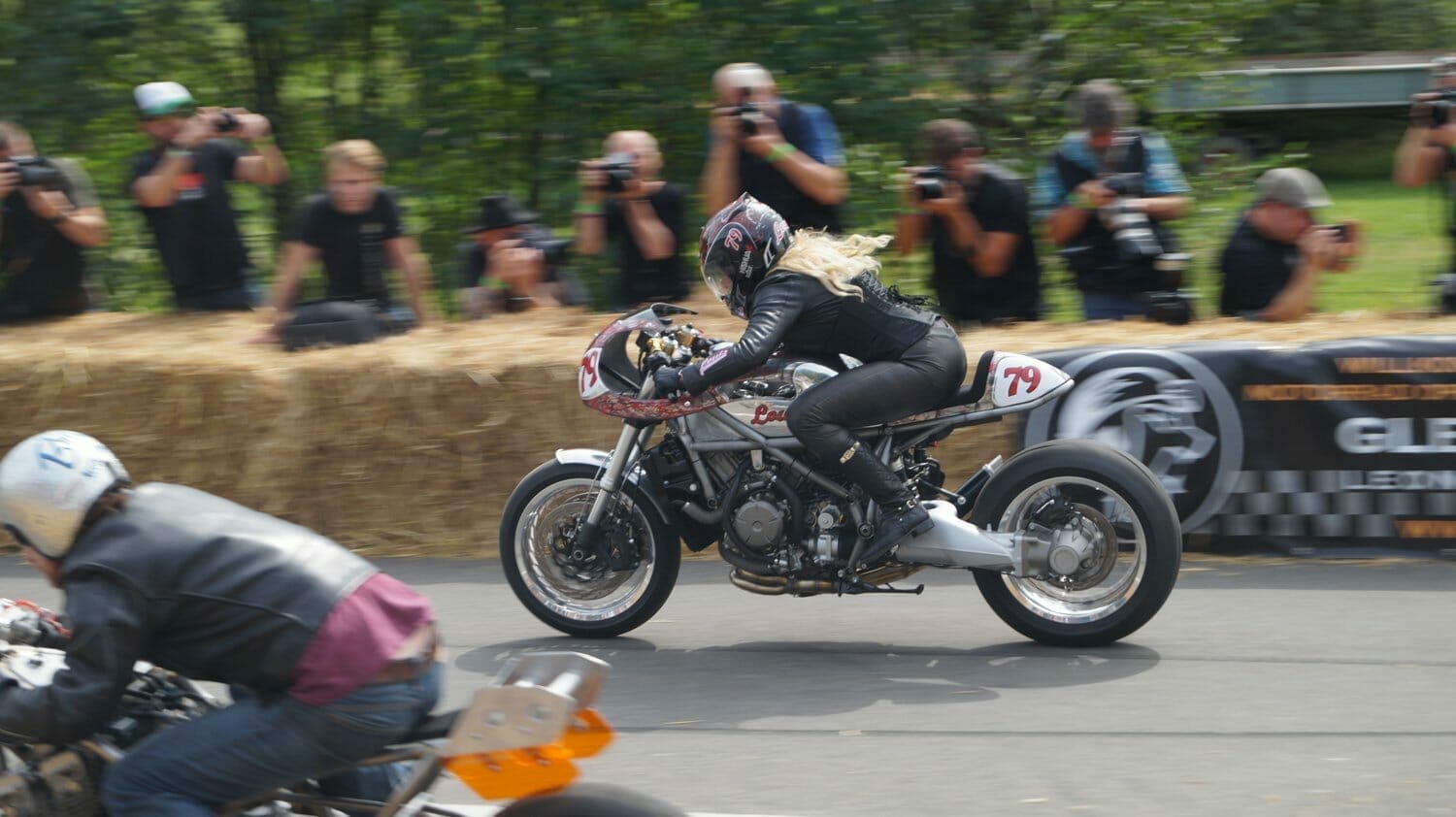 Customizing meeting of the road race