Home from the racetrack Preliminary Glemseck 101 (2014)

In two weeks, it’s that time again, at 05-9.7.2014 starts the Glemseck 101 for 9th times. The brand and type of cross-open-air event is organized by the hotel Glemseck and the city of Leonberg (near Stuttgart). Rock, dealer miles and race – with free admission. 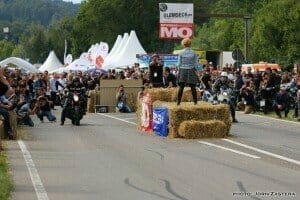 The former Solitude racetrack is reactivated for 1/8 mile race. But it is not just a race, it is the biggest Cafe Racer Event at all and with 50,000 visitors in 2013, one of the largest brand for Cross Motorcycle meeting in Europe.

[sam id=2 codes=true]To see you get almost more than you on the weekend creates. A 3 km long Dealers mile, 1.8 mile race, Customizer, show acts, live music … There are also always there, the sizes of Customizer- and racing scene.

When traders miles wide variety of styles are served, whether it comes to bikes, accessories or clothes.

Customizers present their works and are also featured regularly on stage.

That evening, with live music, the after-race party for sleepless nights makes should be clear

The races take place in the all-in-process. Whoever loses is out. There are several classes. In “101 Caffe Racer Sprint 32” kick amateurs against each other with their Caffe Racer conversions. In “101 International Sprint” international Customicer, tuner, designers, racers, Journalistern and known quantities of the motorcycle scene are invited. In the last year, Guy Martin and Coner Cummins were on site. 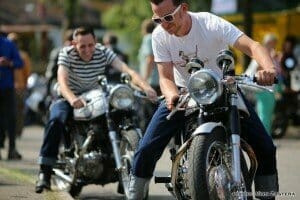 2014 states that for the second time, “Starr Wars”. In “Starr Wars” bikes only replace with rigid frame from the early days of motorcycle construction. A lasting impression is guaranteed. At the sound, the very individual driving characteristics, there is nothing comparable in the motorcycle scene. 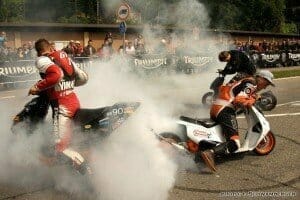 New in 2014 is the “101 Super Stock Sprint”. Here come current naked bikes from different manufacturers with professional drivers against each other. This is about brands crown of the 101!

Guided trips into the countryside to be organized. 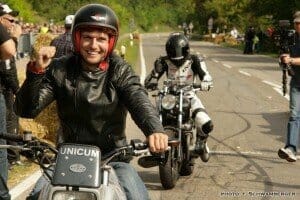 Various authorities and clubs will be on hand. Even a mobile registration office. If you can treat yourself to a new bike on the spot you look at it the same permit on site. But only if you’re from the area. Otherwise, you can at least buy a temporary license plate to get home to his new bike.

The ADAC, insurance companies and the police will also be represented. 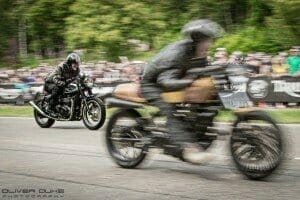 Is it great that his helmet, and so on, can accommodate around comfortably stroll 101 miles on the Glemseck, and can enjoy the event really is.

Anyone who wants to can of course also on site camping. 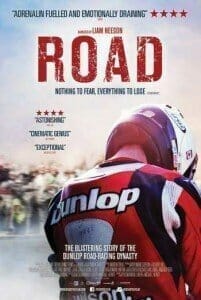 According to the latest PS (the motorcycle newspaper) they put together with Guy Martin and Horst Saiger (both Roadracer the ride on the Isle of Man at the TT) on the new DVD “Road” before. Even before the official launch is shown here on the main stage material of the DVD on the Road Racing and the Dunlop clan. No family is more connected to the Road Racing, incl. All ups and downs.

[sam id=2 codes=true]But whether the two Road Racer ride even in the race was me until now not yet be answered, but for autographs and photos, they are certainly ready.

Each biker MUST have been there at least once!

“Bill Gordon, Managing Director of Racing Labels Red Torpedo describes the 101 mutatis mutandis:” I think the only other place in the world, which is leaves a similar impression on the participants and visitors, ironically, the TT on the Isle of Man. ‘”- quote from the homepage of Glemseck 101

So do not miss, more info on the homepage Glemseck 101 or on Facebook

I will be there on Saturday (06.09.) Be there and as long as the mobile phone network allows the entire day post the first pictures on the following: Facebook, Google+, Twitter…  The report for Glemseck 101 appears here at 11.09. But preliminary to the first pictures already in our Galerie and the first videos on Youtube, so just look purely from time to time!