Does Ducati announce a Superleggera Tricolore?

“When the end tells the hole story” is the name and slogan of a new, mysterious video of Ducati. One can only see a panigale. One should ever Mark July 7 where they will probably reveal something more.


[sam id=”2″ codes=”true”]This weekend, the World Superbike race will take place in Laguna Seca, where Ducati has planned the revelation

Likley in the video to see is the 1299 Panigale. As already known, this is no longer built for Europe, since it was not homologated to Euro4. That would explain what they mean with “the end”. You can also see a racing exhaust, with which one should not be on European roads.

In the picture of the press release, a green tail is also visible. So it becomes a tricolore. It is still open, whether it is a pure motorcycle for the race track, whether it will come only for America and other markets where Euro4 does not have to be respected, or whether it is actually a new panigale with Euro4. Even if very unlikely, it is not entirely impossible. The engine of the Superleggera was homologated to Euro4 and the new Panigale could also come with this engine.

Since it is already established that the 1299 V2 will have to give way to a V4 engine, I do not reckon with a new Panigale with the 1299 engine. I strongly suspect that the sold-out Superleggera, which indeed shares the appearance with the Panigale, will come again – limited and TriColore. As a crowning conclusion and last 1299.

The mysterious video of Ducati – possibly the announcement of a Superleggera Tricolore?

Pictures of the normal Ducati Superleggera: 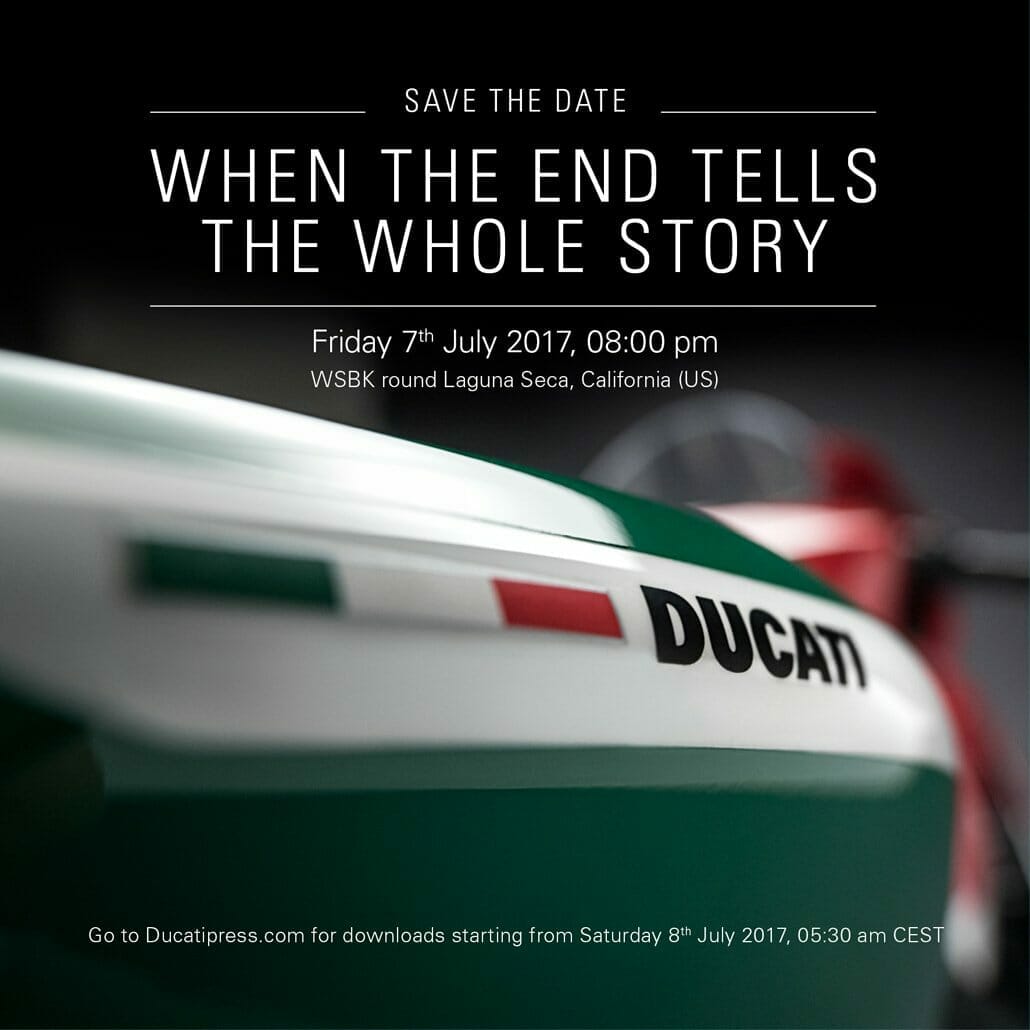