[sam id=”2″ codes=”true”]The route looped back to Pisco and was 278 km long – 267 km were scored. The stage was won by Honda rider Joan Barreda with a lead of 2 minutes and 54 seconds over French Yamaha rider Adrien van Beveren. As a result, Barreda also took the lead in the overall classification. Matthias Walkner was able to catch up a bit and finished third in Stage 2. He also reached the provisional third overall place. 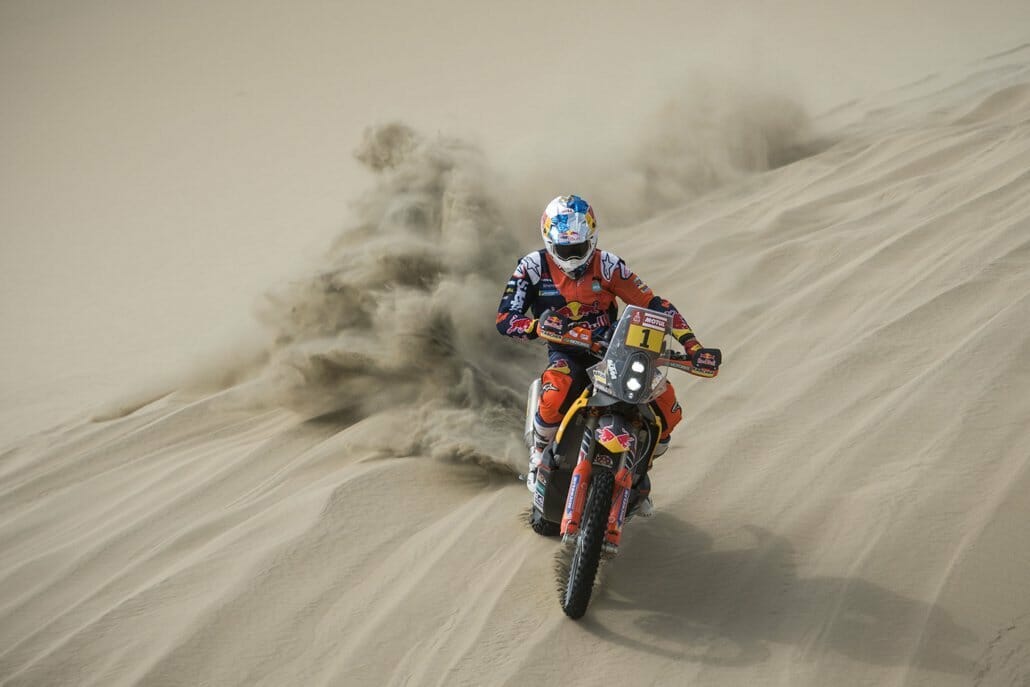