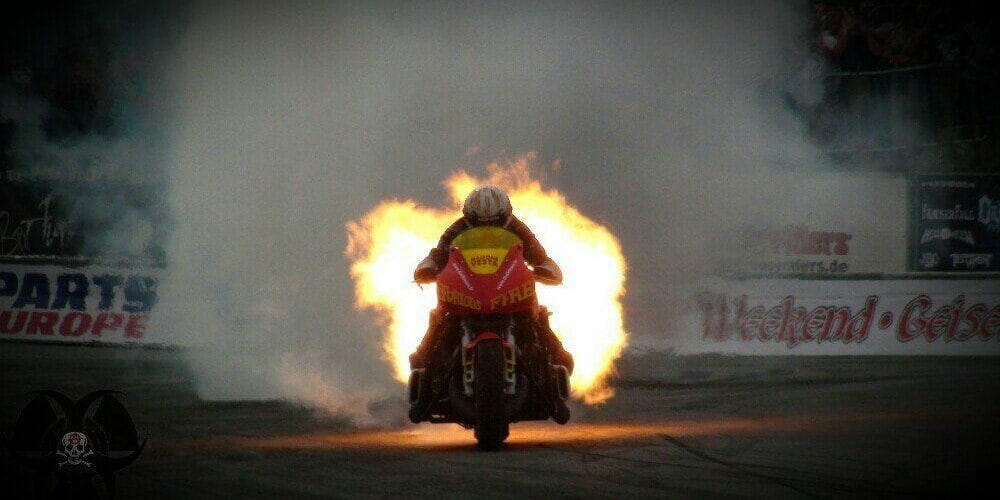 [sam id=”2″ codes=”true”]The Bike & Music Weekend at the event center Strohofer in Geiselwind went much too quickly. From 30.07. – 2:08. was celebrated on the premises, drank, danced, camped, tire destroyed, marveling at the shows and so on. Boring it was not! The whole thing was now taking place for the 20th time. 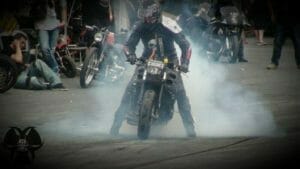 For me it was the second time, where it last year just a “day trip” was. This time I was much longer on site and that is absolutely necessary. I have last year so much missed!

The shows on the Bike and Music Weekend

On two outdoor stages, in the event hall and on a specially oriented track a variety of shows were Held.

Drag Races with cars and motorcycles 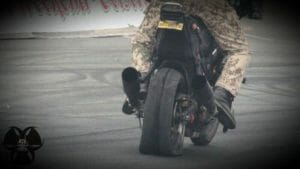 Dragster showed their show race. There were vehicles up to 15,000 horsepower on site. Clear that their performance could not fully develop and have the gas often tapped. But that was enough to get an idea what can be still possible here. 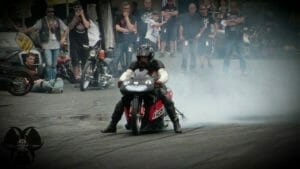 In the show race on Saturday, the line was too short for a motorcyclist. He could not brake in time and ran into a barrier. Fortunately, nothing happened to him. How great was the damage to his machine is unfortunately not known to me, the front wheel was quite unbalanced in the way back. I hope the damage is not too bad and he gets it fast again, because the weekend is already the Nitrolympics in Hockenheim.

– The accident will be featured on the upcoming video report. 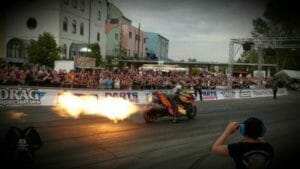 The motorcycles and cars were very impressive and loud. A highlight was a power with a turbine motorcycle. The volume it produced was unbearable, the image when then ignite the flame, it compensates all.

But that was topped by the turbine-driven Car Dragster. He competed in the Night Show – flames come better in the dark. That alone was not. For motorcycles a machine had a broken engine and distributed oil on the track. Of course, that was immediately tied and cleaned with a waiting sweeper. But that the binder could not be removed to 100% I could feel as the turbine Dragster was briefly thrust and drove past me. The dragster was extremely loud and when it was over went off a veritable hurricane. 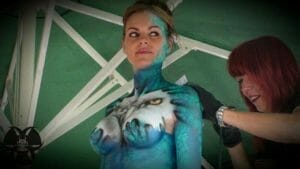 This is now no joke. The wind was incredibly strong and through the dust raised and the remains of the binder, it was no longer possible to keep my eyes open completely. I felt like sandblasted me.

… was to see again and again. GoGo Girls appeared again on stage and accompanied for a time the currently playing band. Saturday night belonged to them also the last show on the “racetrack grounds“. Here the whole was then a little more freely 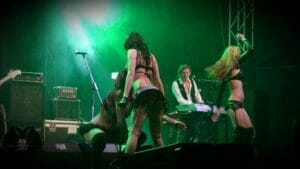 Of course there was no skimping on the tradition of the bike wash. Three girls in bikinis (it was also nice and warm), which should wash three motorcycles on stage. Here I have to take a stand and say clearly time that the boss of this service operation the girls has probably set only after the appearance. They were really nice to look at, but by washing a motorcycle they had absolutely no idea! They stood so untalented that they end up wet true than any of the motorcycles! In between, it came fully out of control, as they also began to wash each other. Good thing I have not booked the service and it was not my motorcycle. As they may rework again… 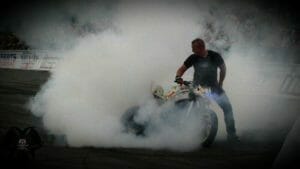 For Wet T-Shirt Contest occurred, later that day, seven “girls” to. Out-stung from the group has something masculine acting and supporting a very short haircut Chantalle. Here someone had probably lost a bet, but the whole thing pulled through super and with humor. Which was then rewarded with second place! But winner for me was Helmut. He was brought from the floor to the girls to make wet. First he set himself up times around freely and then showed the “girls” as he introduced that here.

The winner was chosen by the loudest applause. The also got Helmut, but it did not count with him. But he has spotted a lot of good show. 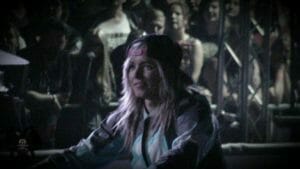 The young Polish woman Ewa Pieniakowska had their very first appearance in Germany. But the show lit unfortunately not so really. The Stunts has Ewa indeed really good shape (not for nothing that she is sponsored by Icon), but by the quiet and slow execution (what the stunts even more difficult making) did not come as the mood on. It would have been better to give a little more gas and thereby provide more action. Had the pretty Polish girl is shown shortly before the show without a helmet it would surely also benefit from it. To face I got it at the end of the night show of Ricardo Domingos. Here she had a small cameo appearance.

For more action caused Julien Welsch. He has performed with three different motorcycles. An extended swingarm, as it is more like dragsters, an absolutely Series corresponding Triumph and its actual stunt bike. He came with his dragster already from the paddock to the corner drifted to the racetrack. With the motorcycle not much was possible, but its drift angles were very impressive and just mediated more action than for Ewa. of course, the second place at the Stunt Rider Championship 2012 was very familiar with the other machines and delivered a great show. 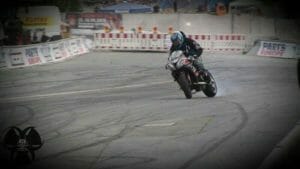 The best Sunt Rider was clearly Ricardo Domingos. The crazy Portuguese occurs on the Bike and Music Weekend on since 2010, and has become an absolute crowd pleaser. His stunts he shows on various motorcycles, a converted Smart with Hayabusa engine and on the quad. He delivers a hammer show, but you can see yes in the video of the Night Show.

This is only the first part …

… of the report on the Bike & Music Weekend. There is much more to tell. The burnout contest, the music and the bands that traders mile and more are yet to be processed.

On Youtube videos will follow on a lot. Here is the direct link to the playlist with the video for Bike and Music Weekend 2015th

To the picture gallery with all the photos please click here 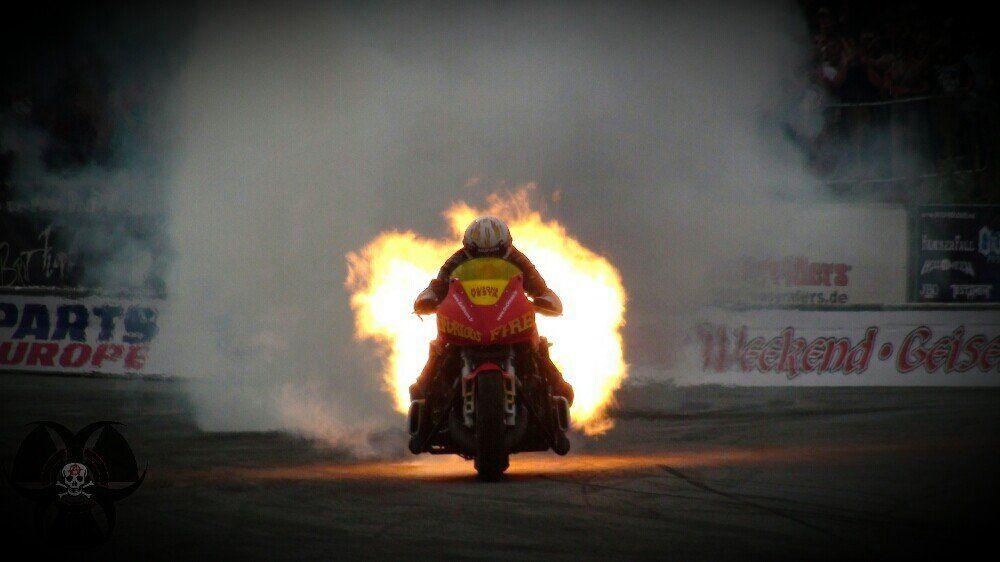