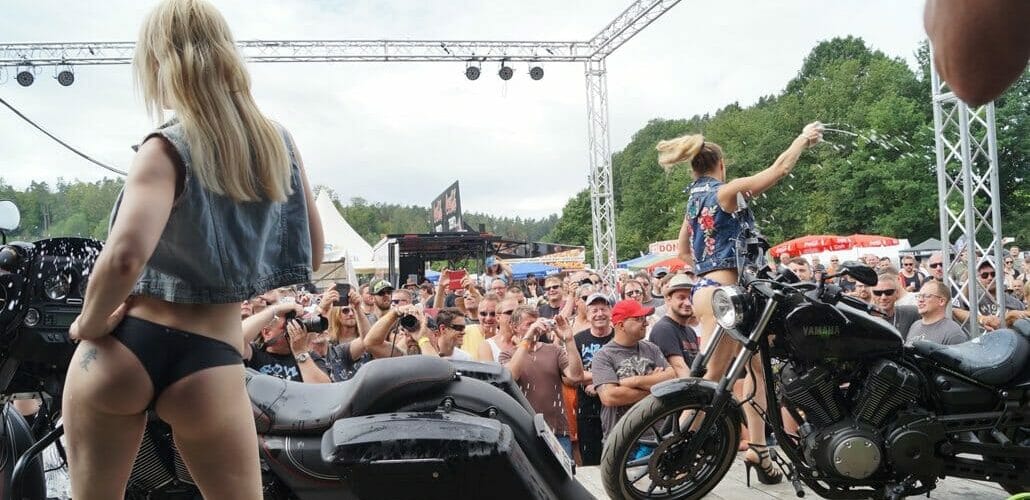 The Bike and Music Weekend in Geiselwind is year after year a must for all fans of good rock, great bikes, US cars and lovers of gasoline and rubber smell.


[sam id=”2″ codes=”true”]From 03 to 06 August, the festival took place on the premises of the event center Strohofer. In the best case you use the complete 4 days to really be able to estimate what is going on there.

The framework program is as comprehensive as it is diverse. Various bands appear on several stages, custom bikes and cars are presented, prizes can be won at the bike show, various self-construction vehicles are on the road, dealer mile, bike wash, bodypainting and more.

Action on their own show mile

Something very special is the own show mile. In the burnout contest, skilful rubber must be turned into smoke.

Saturday afternoon, it came to a brief shower, so the drag race race had to be renounced. Engine power of up to 3,400 horsepower on slicks and on wet road, is not doing well. But there was still the night show.

The stuntshows were as usual extremely good. The Polish Ewa Pieniakowska showed her skills on a Kawasaki ZX-6R. Frenchman Julien Welsch drifted and wheeled on various Triumph models. Portugise Ricardo Domingos has dedicated himself to Suzuki. New this year were two brand new GSX-R with extended swingarm. One uses it to drift and one for drag-races.

For the first time this year was the French group GT Acrobatie at the Bike and Music Weekend. The team consists of 4 men and two women. They know what they do. Through super-coordinated teamwork, a really great show results. In addition, one of the drivers is a real entertainer and creates an incredible mood.

In the evening you got a little insight into the history of Dragrace. In the show races the cars were sorted according to their technical age. Cars and motorcycles showed a small glimpse of what accelerations are possible. but really take off they could not because the show for miles was too short.

Two turbine Dragster were there. More than just gas shots were not possible with the hp-monsters. Extremely loud, but also extremely spectacular pictures.

What could do up to 15,000 hp, you could only guess. Dragster “Armageddon” pulled a real hurricane behind him. A short gas stroke is enough to blow the track freely.

Bike and Music Weekend 2017 in the Motorrad Nachrichten: 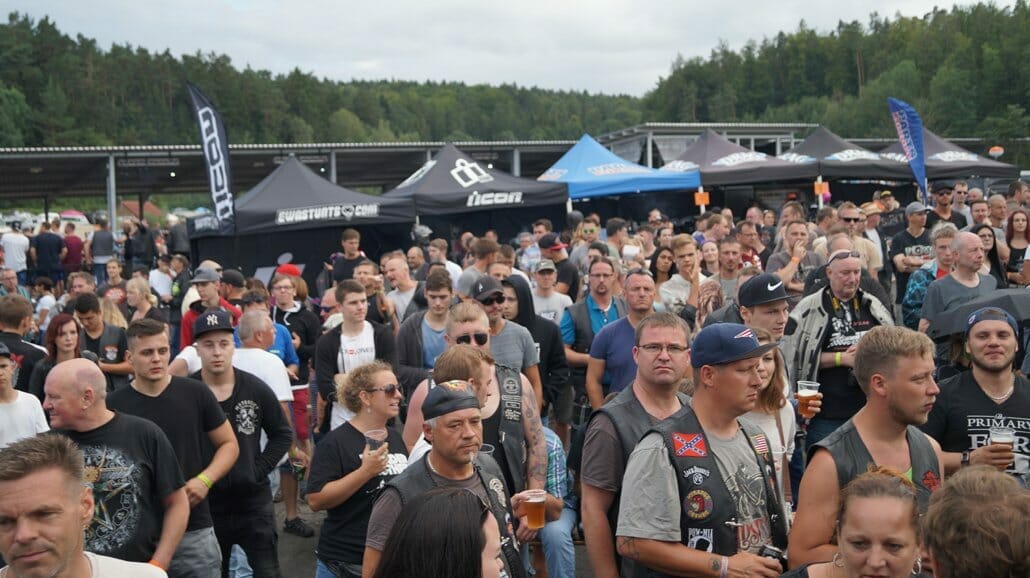 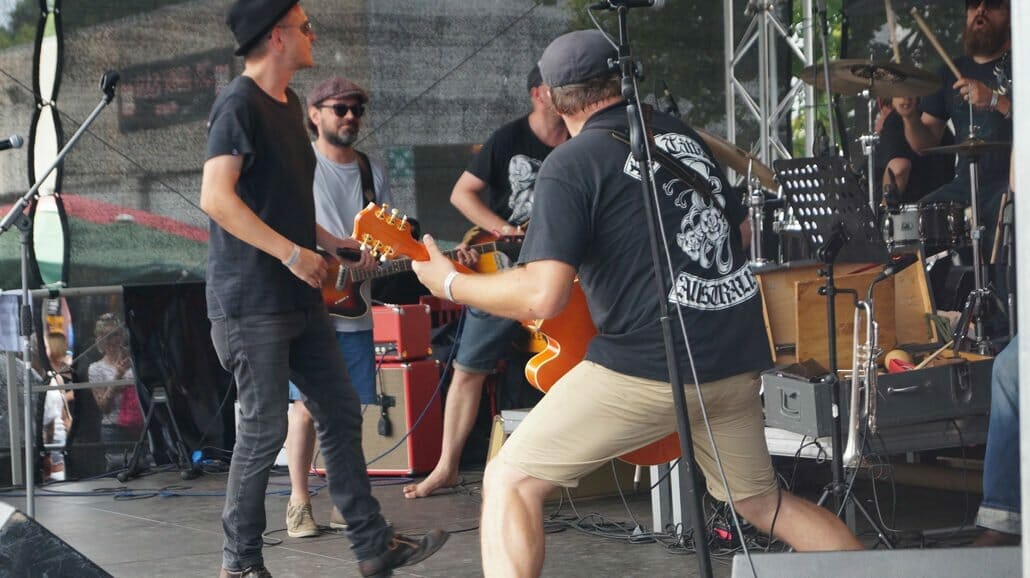 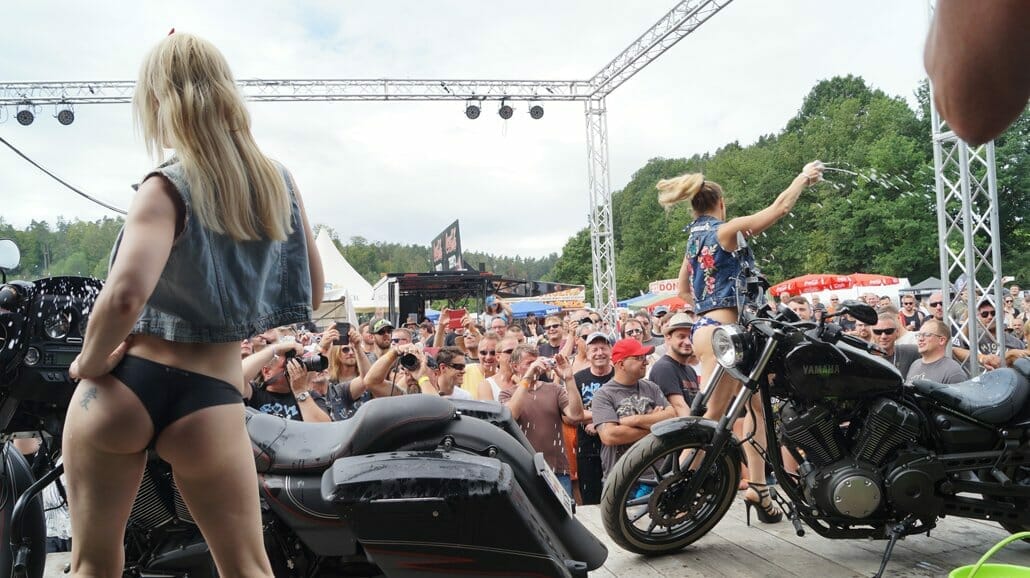