Only recently, very blurry photos of the Bimota KB4 appeared, which at least showed that the motorcycle is really being worked on. Now a model has been sighted in the wild.

The photos are said to have been taken by someone from Rimini who saw and photographed the sportbike in retro design at a petrol station.
One can’t see much in the pictures. Headlights and indicators are likely to use LED technology. The engine, which is in a tubular frame, should come from the NinjaSX.

A combination of small winglets and air intake appears to be installed under the round front fairing. When viewed from the side, it looks as if the air is channeled down under the seat. However, that would only make sense if a cooler were installed there, but this is not particularly likely.

The tank looks very large and it looks like no pillion seat is installed. All in all, the model appears to be well advanced. 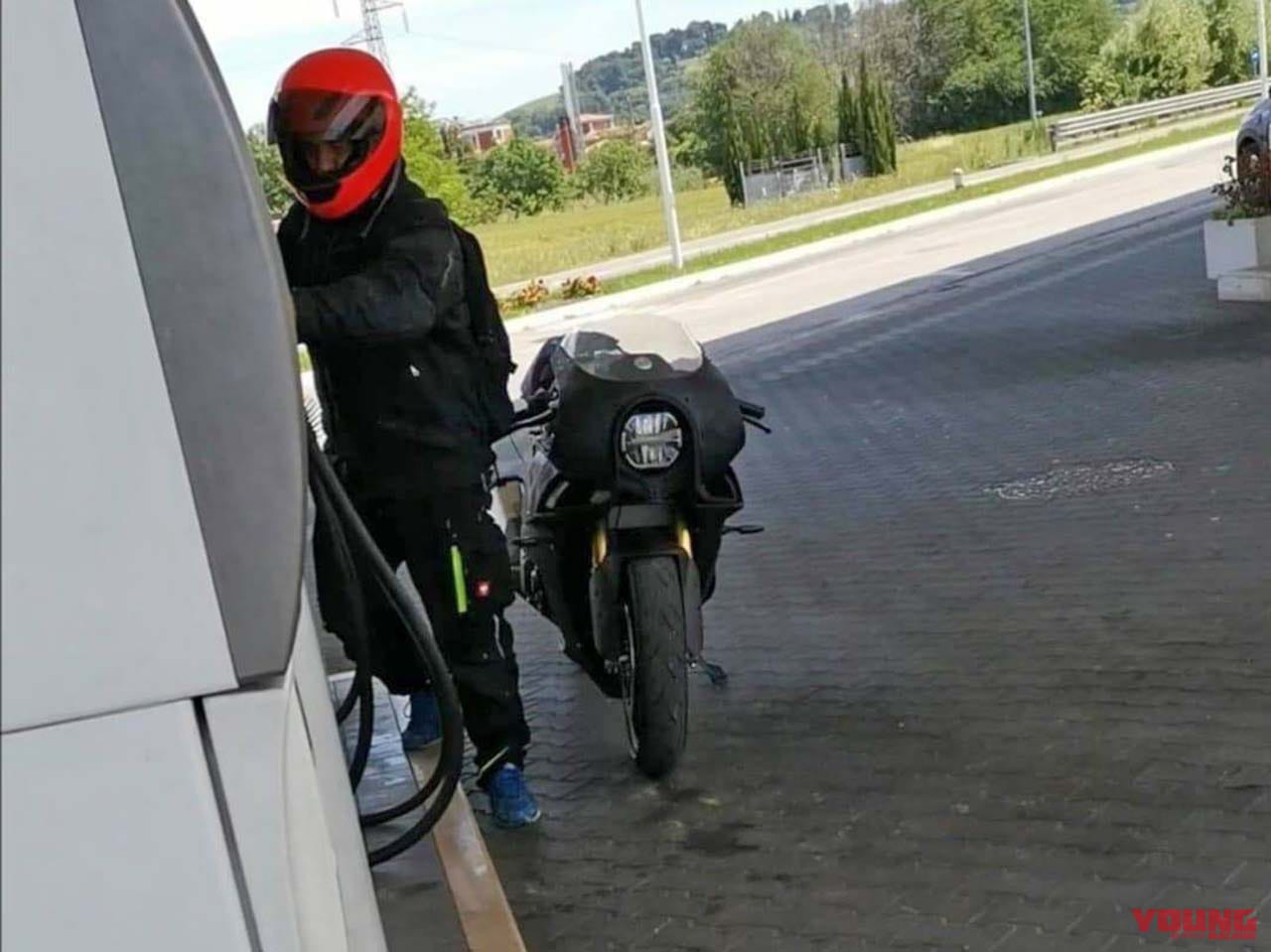