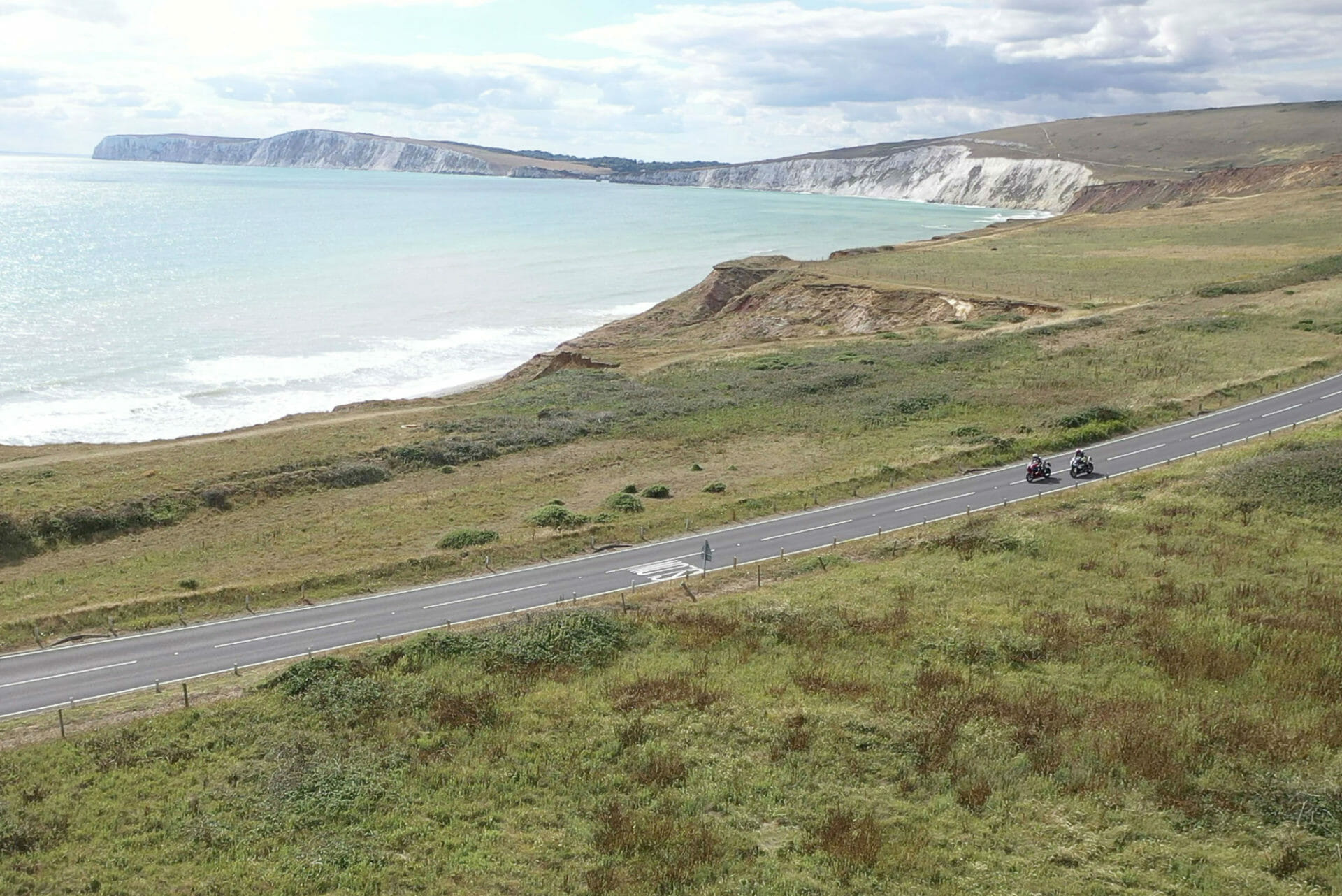 In October 2021 there will be a new road race on the Isle of Wight on a 12.4 mile course, the Diamond Races.

In addition to the Isle of Man TT, Classic TT, Ulster GP, Oliver`s Mount (Scarborough) and North West 200, the British Road Race calendar will be expanded by another event from next year.

The race takes place on the southern part of the island, near Chale, Kingston, Shorwell and Brightstone. The island is easy to reach from Europe and is just over two hours’ drive from central London.

Superbike, Supersport and SuperTwin races are planned. They will take place on Saturday, the training sessions are scheduled for Wednesday and Thursday. – Of course with closed roads.

There will also be a sidecar demo lap and from 2022 also races with sidecars.

To make the event a success right from the start, an elite team of experienced experts was put together, including Gary Thompson, Neil Tuxworth, Steve Plater.

Gary Thompson was Clerk of the Course at the TT, Classic TT and Manx GP for ten years and set the course. They chose the “Chale Course”, three quarters of which is very technical and curvy. The last third runs along the coast via Military Road and is said to be a section at least as fast as the Sulby Straight at the Isle of Man TT. The section is about twice as long as on the Isle of Man.

The technical part will also offer fast passages, some of which are driven in fourth gear, but also many tight bends or blind crests. The road surface is described as good, but the road markings still need to be reapplied. There are no potholes or bad surfaces.

The route passes through some built-up areas such as Kingston, Shorewell, Limerstone or Brighstone and the route is often flanked by trees or bushes.

For spectators, stands will be set up in certain places, but there will also be many interesting places where the spectators can look over or through the hedge, at least that is how it is described. Some blocked off sections will also have to be introduced.

The start / finish and the hospitality unit will be set up on the Military Road, although an exact location has not yet been determined.

The exact date in October 2021 is still to be announced.